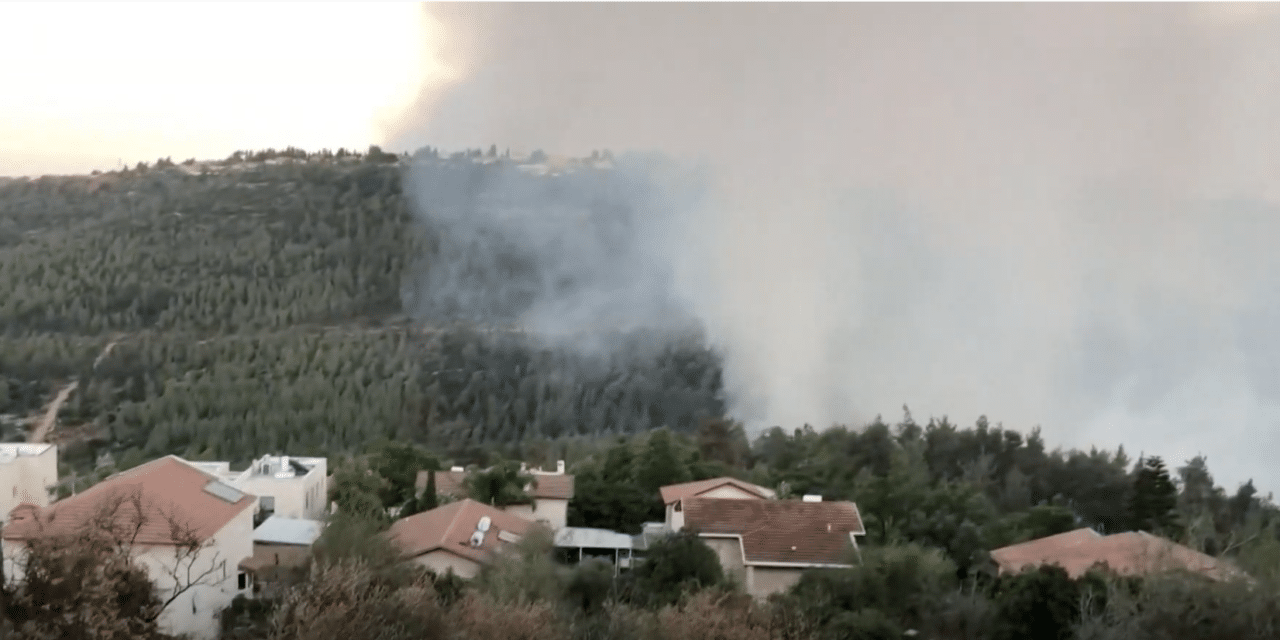 (ETH) – Israeli firefighters were able to bring a massive wildfire burning outside of Jerusalem under control Monday morning. While no homes are currently in any immediate danger, firefighters continue to battle the blaze.

According to CBN News, The fire began on Sunday, filling Jerusalem’s skies with a blanket of smoke and forcing more than 10,000 people to evacuate from their homes. High temperatures, dry weather, and winds fueled the fire and spread it west of Jerusalem.

Hundreds of firefighters from around the country are working together to bring it under control. Prime Minister Naftali Bennett convened an emergency meeting with top officials and told residents to follow safety orders. Israeli police say a patient from a psychiatric hospital that was evacuated is missing.

The fire is the biggest one in recent years and Fire Department spokesman Dedi Simhi said it was “100% caused by people.” However, he cautioned that it is still unclear if the blaze is the result of arson or an accident. According to a report from Israel365 News, The ‘apocalyptic’ blaze reached Jerusalem creating a type of mushroom cloud over the Temple Mount.