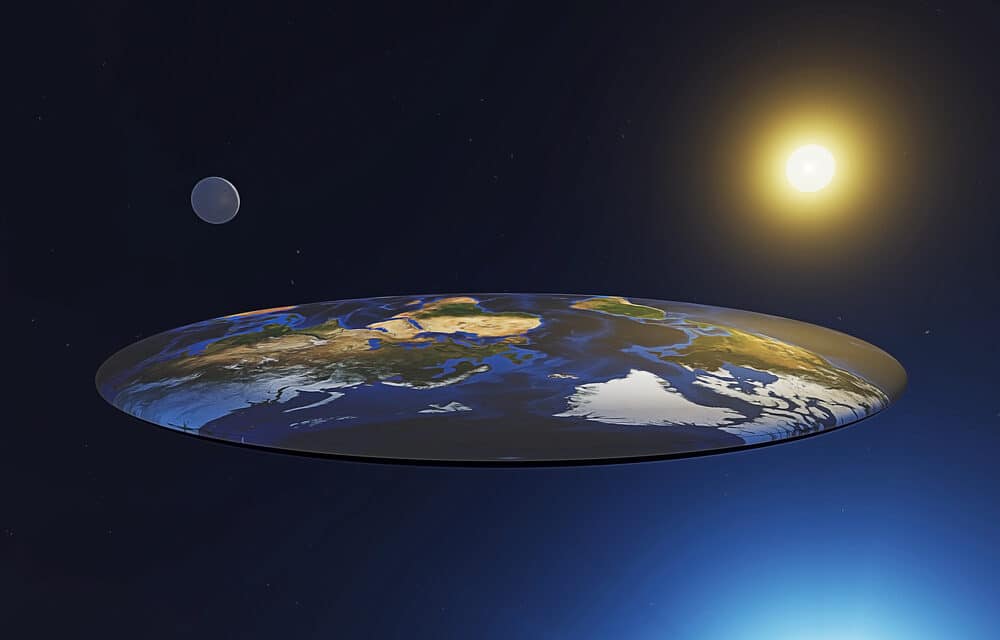 (OPINION) ETH – A Flat Earth conspiracy theorist joined the US Navy to prove his beliefs that the Earth was flat – but gave up after being passed a pair of binoculars according to a crewmate.

According to the Daily Star, The naval officer checked his ship’s location, speed, and direction every day while in open seas during his search for evidence that the planet was not round. But he ended up realizing the Earth was a globe after being handed a pair of binoculars and being unable to see land past the horizon, a fellow naval officer said on Reddit.

The Petty Officer went on to re-enlist and became a “very successful machinist mate and a really good sailor”. TrungusMcTungus wrote on Reddit: “I have an acquaintance I met in the Navy, who joined specifically so he could see that the Earth was flat while at sea.

According to TNN, Earlier this year, a man started a crowdfunding campaign to send a Flat Earther into space to show them that the planet is spherical. Marc, 37, launched the ambitious fundraiser with a $250,000 target after getting fed up of his Flat Earther friends. Now, a naval officer has opened up about the bizarre decision a man took just to prove the Earth is flat.

The naval officer, in a Reddit post, explained the person was his colleague and hand joined the navy just to prove his theory. The naval officer in question was apparently very hopeful that the vessel he was working on would take him to the literal corners of the planet, where he would get proof for his theory.

“Every day he would chart the ships location, speed, heading, etc, a few times a day so he could make a map of their path,” the Redditor wrote in his post. According to IFLS, the Reddit user gave even more details when it stated: “I have an acquaintance I met in the Navy, who joined specifically so he could see that the Earth was flat while at sea,” user TrungusMcTungus wrote of their extremely committed compadre.

“Every day he would chart the ships location, speed, heading, etc, a few times a day so he could make a map of their path. Ultimately he realized that the path the ship was taking would be impossible if the Earth was flat, based on the distance they were traveling vs their speed.”

The man apparently became suspicious that the Earth was actually round, but before he could take steps taken by scientists centuries ago and figure it out for himself, his Leading Petty Officer “pointed out the curvature by giving him binoculars and explaining that if the Earth was flat, he should be able to see the land they were making for,” the Redditor wrote.

“He couldn’t see anything off the horizon. After that, he was convinced.” Unfortunately, as you generally sign up for a minimal four-year contract, he was now stuck in the Navy having proved to himself the exact opposite of what he’d set out to.