ISIS strikes in Kabul, Series of explosions, 13 dead including 4 Marines and children, Multiple US Soldiers injured 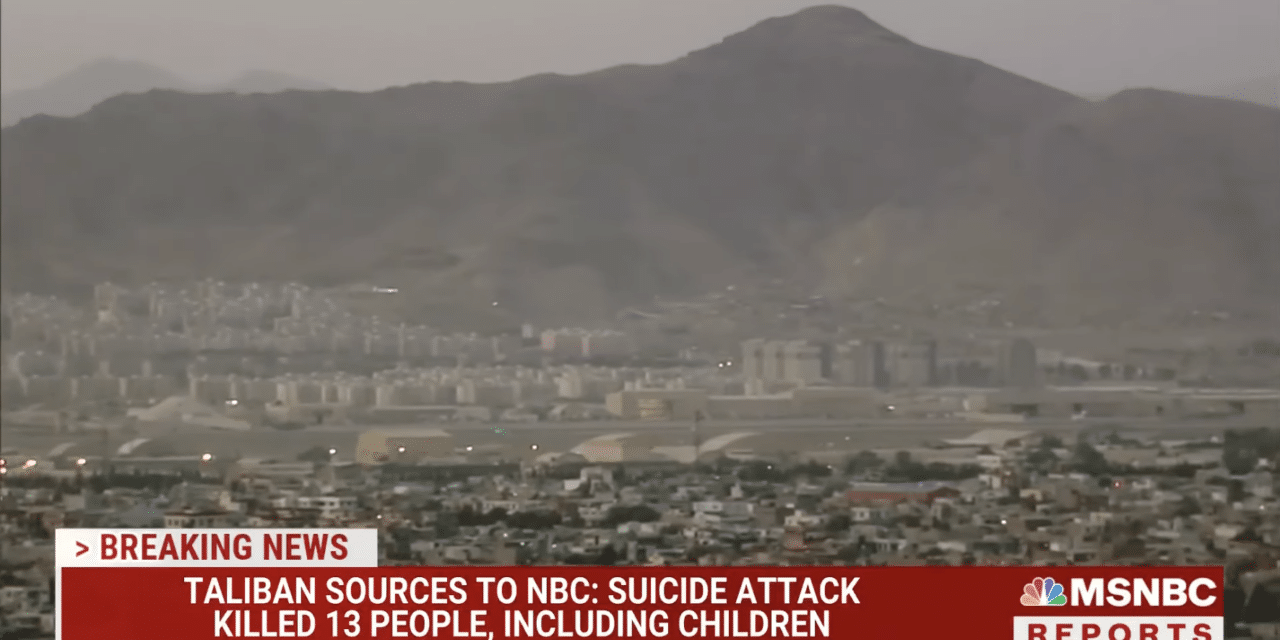 (ETH) – At least 13 people have been killed and dozens injured, including at least four US Marines, in a series of bomb attacks at Kabul airport on Thursday that have hampered the already shambolic evacuation effort in Afghanistan while up to 1,000 Americans remain trapped with time running out to escape.

According to the Daily Mail, The first blast was caused by an ISIS suicide bomber in a vest, according to unnamed government sources cited by Fox and Politico. It detonated outside The Baron Hotel, where Westerners were staying before their evacuation flights.

A second explosion was reported nearby a short time later at the airport’s Abbey Gate, where crowds of Afghans have been gathering for more than a week in the hope of being put on one of the evacuation flights out. That explosion was caused by a car bomb, according to unconfirmed reports. US officials believe ISIS-Khorsasan (ISIS-K) – the group they were warned about – was behind the attack. 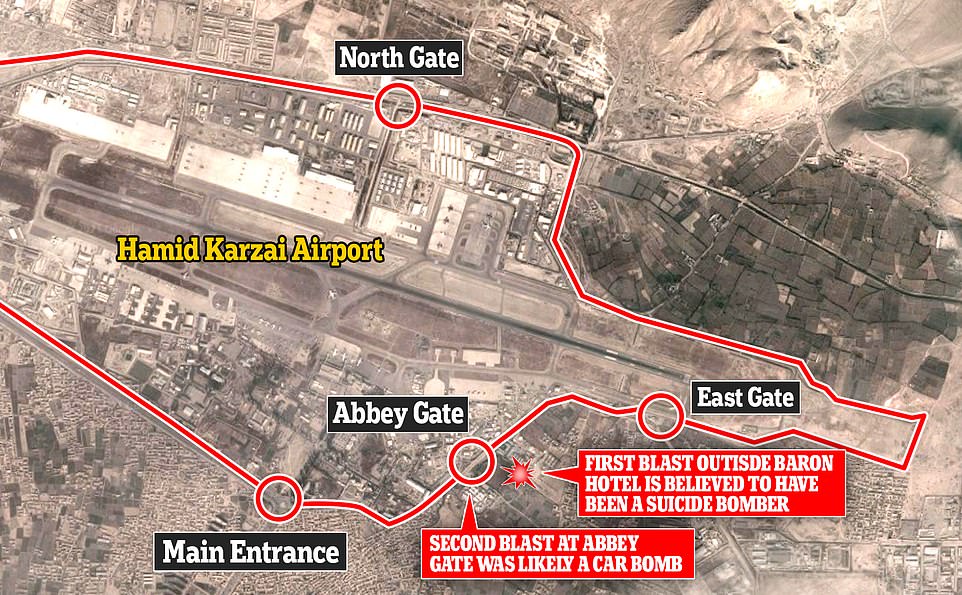 According to The Sun, Thousands of people have gathered at the airport over the past 12 days hoping to be evacuated after the Taliban seized power. A US official confirmed the first blast was caused by a suicide bomb, with initial reports suggesting the second explosion was a car bomb.

Pentagon spokesman John Kirby said one explosion occurred near buses lined up outside Abbey Gate and the other close to the nearby Baron Hotel.  A source told Fox News that the attacks in Kabul may be an “ongoing event” – with more violence to come. The Wallstreet Journal stated that Western governments have repeatedly warned of an imminent attack by Islamic State and urged their citizens not to approach the airport. After the blasts, the U.S. Embassy told all Americans to leave the entrances to the airport immediately.

The explosion at the Abbey Gate of the airport was the result of a complex attack, Pentagon press secretary John Kirby said. He said another blast occurred near the Baron hotel adjacent to the airport. A British security official said both attacks were carried out by suicide bombers.

The Associated Press reported that over the last week, the airport has been the scene of some of the most searing images of the chaotic end of America’s longest war and the Taliban’s takeover, as flight after flight took off carrying those who fear a return to the militants’ brutal rule.

Already, some countries have ended their evacuations and begun to withdraw their soldiers and diplomats, signaling the beginning of the end of one of history’s largest airlifts. The Taliban have pledged not to attack Western forces during the evacuation, but insist the foreign troops must be out by America’s self-imposed deadline of Aug. 31.

Overnight, warnings emerged from Western capitals about a threat from Afghanistan’s Islamic State group affiliate, which likely has seen its ranks boosted by the Taliban’s freeing of prisoners during their blitz across the country.