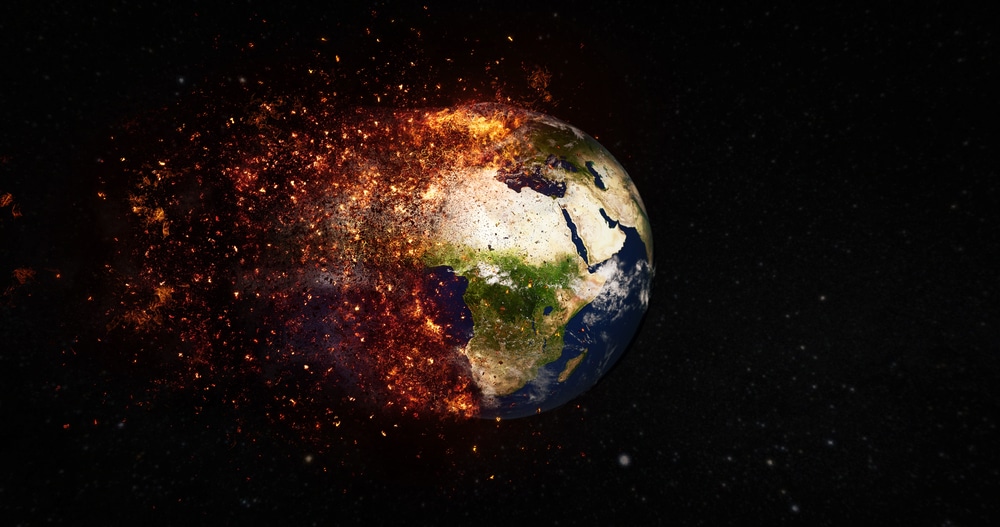 (OPINION) Michale Snyder – Did you know that Brazil just had snow for the first time in 64 years?  Millions of Brazilians were absolutely thrilled to experience real snow for the very first time in their lives, but the freakishly low temperatures have hit agricultural production really hard at a very sensitive moment.

Brazil is one of the largest exporters of corn in the entire world, and at this point, corn production is expected to be way below original projections.  But for many Americans, the fate of the Arabica bean crop is of far more interest.  Higher coffee prices would affect millions upon millions of Americans on a daily basis, and that is why so many people are freaking out about the fact that coffee prices are really starting to spike…

Arabica coffee prices touched a nearly seven-year high earlier this week as the unusually cold weather affected the crop in Brazil, the world’s top producer, with companies poised to pass on higher costs to consumers. Unfortunately, prices are likely to go even higher in the days ahead. The recent cold snap hit a very wide area, and one coffee exporter is warning that “no one really knows the depth of damage undertaken”…

Preliminary estimates from the Brazilian government indicated last week’s frosts alone had affected 150,000 to 200,000 hectares (370,000-490,000 acres), about 11% of the country’s total arabica crop area. “No one really knows the depth of damage undertaken,” said coffee exporter Comexim, which estimated a 13% loss on next year’s production at the Cerrado region in top coffee-growing state Minas Gerais.

The full extent of the damage to Brazil’s cornfields is yet to be determined as well.  Currently, it is being projected that total corn production could be down about 17 percent compared to last year… Total corn production in Brazil is now seen at 85.3 million tonnes, almost 17% below last year’s level, AgRural said citing weather issues affecting the crop, particularly the second corn crop which was first hit by drought and later by frosts in states like Mato Grosso do Sul and Paraná. Over in Africa, endless drought is taking a very heavy toll in many areas.

Thankfully, we aren’t facing starvation here in the United States right now, but there are reports of “complete crop failures” in certain areas.  For example, just check out this example from Washington state… “We have had complete crop failures in Benton and Yakima counties,” said Michelle Hennings, executive director of the Washington Association of Wheat Growers.

Hennings said local yields likely won’t be as disastrous, and they will vary from farm to farm depending on if they have received small pockets of rain here and there. But the overall reality is that wheat production will likely be down across the board in the Inland Northwest. Conditions have been so dry for so long in some parts of the western half of the country that some communities are actually starting to run out of water.

This is particularly true in northern California… In Fort Bragg on the Mendocino Coast, city leaders are rushing to install an emergency desalination system. In Healdsburg, lawn watering is banned with fines of up to $1,000. In Hornbrook, a small town in Siskiyou County, faucets have gone completely dry, and the chairman of the water district is driving 15 miles each way to take showers and wash clothes.

We have never seen anything quite like this before. At this point, authorities in California are warning that there are at least 81 water systems that are facing “critical water supply issues”… As the state struggles with its worst drought since at least 1977, no one has a complete list of which of the state’s 7,500 public water systems are facing the most severe shortages. But in May, officials at the State Water Resources Control Board in Sacramento set out to create one.

They called it: “Public water systems likely to have critical water supply issues by the end of August.” It currently includes 81 water systems that serve 132,559 people — from tiny Mammoth Pool Mobile Home Park in the Sierra foothills near Yosemite National Park, to well-known Northern California towns like Ukiah, Lakeport, Bolinas, Healdsburg, Cloverdale, and Fort Bragg. In northern Mexico, the lack of water is even more serious.

The endless drought has resulted in a severe lack of vegetation for cattle to eat, and many of them are literally dropping dead… In the parched hills of southern Sonora, Marco Antonio Gutierrez paced around a clearing, counting the dead. There were seven rotting carcasses — jutting ribs and shriveled hides — and two sun-bleached skulls. Nine cows, felled by heat and hunger. We have seen this sort of thing happen in the poorest parts of Africa, but it isn’t supposed to happen in North America.

As a result of this endless “megadrought”, the number of cattle being raised in Sonora has now fallen by almost half… Two years of extreme drought have turned large stretches of northern Mexico into a boneyard. Between starvation and ranchers forced to prematurely sell or slaughter their livestock, officials say the number of cattle in Sonora has dropped from 1.1 million to about 635,000. READ MORE