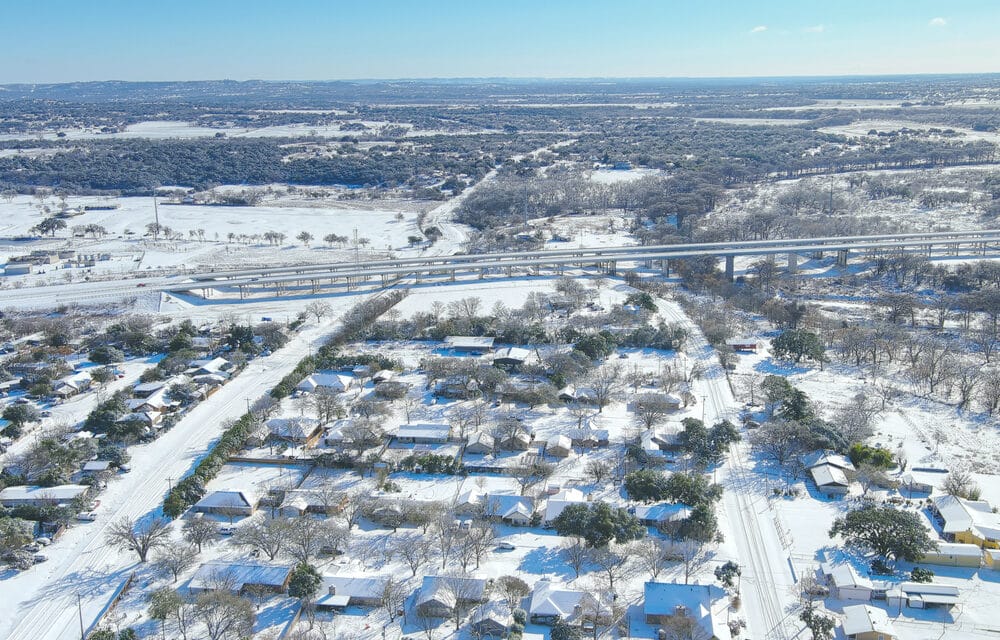 (OPINION) ETH – For over 200 years, the Farmers’ Almanac has been a reference for farmers and gardeners, hobbyists, and weather watchers. Though much of its content has moved online (the publication’s even on TikTok!), the Farmers’ Almanac still releases a physical copy each year, just as it has since 1818.

Before the 2022 edition is slated to hit shelves next week, the almanac released its upcoming winter storm predictions, sending a shiver down the spines of Texans across the state. According to a report from MySanantonio, “The arctic outbreak in February 2021, which the Farmers’ Almanac accurately predicted, brought frigid temperatures along with snow and ice to Texas and Oklahoma,” says an August 4 release.

“The Almanac is predicting similar cold and snowy conditions in late January, but fortunately, they shouldn’t be as bad as last year.” According to a report from Radio Iowa, Peter Geiger, editor of the Farmers’ Almanac, says the 2022 edition will be out next week and its winter weather outlook for Iowa and the Midwest isn’t pretty. “It’s going to be colder than normal and in terms of the snowfall, we talk about a foot of snow January 8th through the 11th,” Geiger says.

“We talk about a big blizzard on the 20th through the 23rd. I think your average in Iowa is somewhere in the 30-inch range and I think you certainly will get that.” It’s said if you don’t like the weather in Iowa, just wait five minutes and it’ll change, and Geiger predicts there will be a lot of back-and-forth.

The Farmers’ Almanac forecast is detailed and Geiger says some dedicated readers plan their calendars around it. He says “numb’s the word” as for the bone-chilling predictions in the looming winter. “We talk about a real big storm December 1st through the 4th, a real blast of Arctic frigidity with temperatures minus-20 around Christmas, then we talk about a mild beginning of January,

heavy snow in the middle of January, a big storm at the end of January and then, this is the flip-flop, in February, it’s going to be cold but we don’t talk about a lot of storms,” Geiger says. “Then in March, we talk about a big storm March 4th through the 7th that will hit you and then a late-season storm on April 24th to the 27th.”