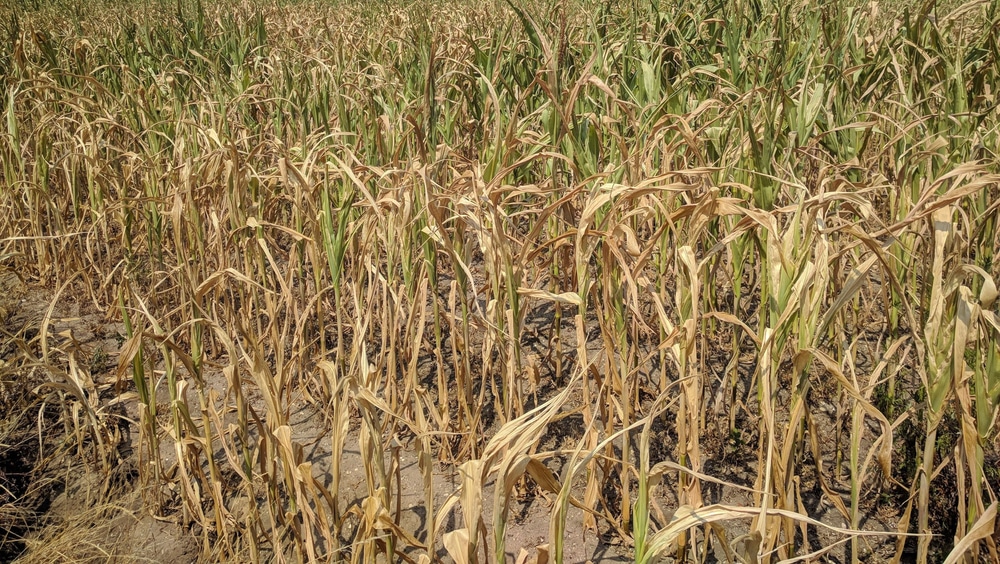 (ETH) – Drought is blistering key U.S. cash crops, further elevating prices for staples including corn and wheat. The punishing dynamics of a torrid summer were evident this month on the Pro Farmer Crop Tour, an annual event in which farmers visit key growing areas across the grain belt to gather data on the coming harvest.

According to the Wallstreet Journal, Driving along state Route 14 outside of Verdigre, Neb., Randy Wiese turned to see a farmer harvesting hay. The piles were small. “That farmer is sick to his stomach,” said Mr. Wiese, who farms 800 acres of soybeans and corn in Lake Park, Iowa.

He isn’t alone. Farm incomes have been hit hard over the past two years, first when Covid-19 shutdowns hammered prices and afterward when hot, dry weather reduced output, limiting farmers’ capacity to cash in on rising demand and higher prices. Extreme heat is baking most of the U.S. North Dakota, South Dakota, Minnesota, Iowa, and Nebraska all contain areas of extreme drought, according to data from the U.S. Drought Monitor.

Along with Ventura County, northwest Los Angeles County, most of Kern County, and the eastern portion of San Bernardino County are also in the federal report’s highest range, signifying “exceptional drought.” Almost all of California is facing detrimental drought conditions, with 50 of the state’s 58 counties under a state of emergency amid excessive drought conditions.

In Ventura County, Calleguas Municipal Water District officials have declared a water shortage, continuing their call to residents to conserve water. “The board’s action urges residents, businesses, and agencies in Metropolitan’s 5,200-square-mile service area to lower the region’s water demand to stave off more severe actions in the future, which could include restricting water supplies to Metropolitan’s 26 member agencies,” officials said in a statement Tuesday.