DEVELOPING: Multiple volcanoes are showing signs of erupting in Alaska 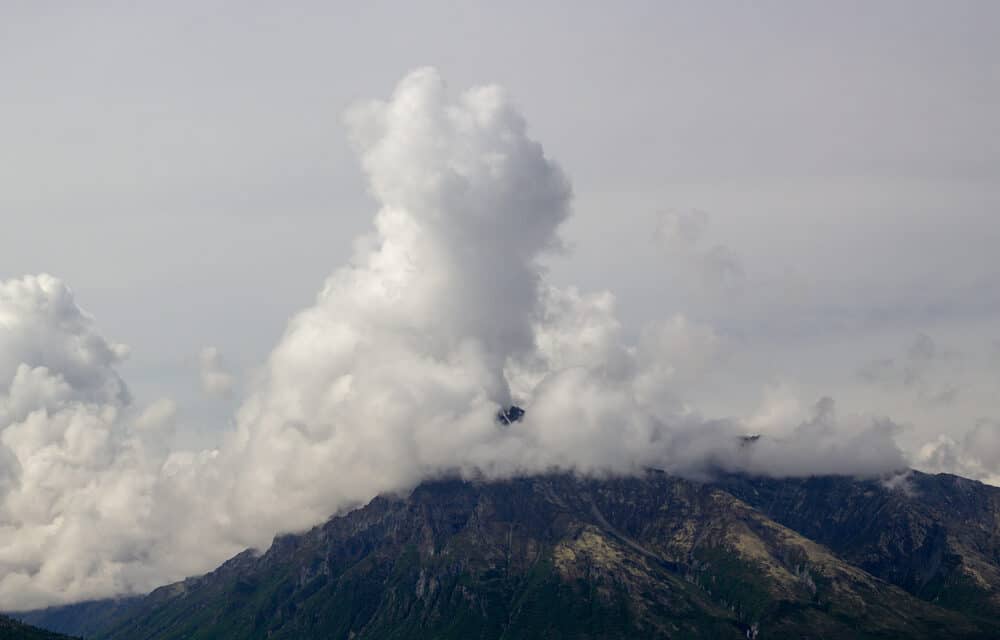 (ETH) – According to a new report from the AP, Three remote Alaska volcanoes are in various states of eruption, one producing lava and the other two blowing steam and ash. So far, none of the small communities near the volcanoes have been affected, Chris Waythomas, a geologist with the Alaska Volcano Observatory, said Thursday.

Webcams on Thursday clearly showed episodic low-level ash emissions from Pavlof Volcano, prompting the observatory to raise the volcano’s threat level from yellow, or exhibiting signs of unrest, to orange, indicating an eruption is underway with minor volcanic-ash emissions.

Ash clouds were rising just above the volcano’s 8,261-foot (2,518-meter) summit, drifting about 6 miles (9.7 kilometers) to the south before dissipating, Waythomas said. Pavlov is a “very sneaky volcano,” Waythomas said.

“It can get going without much warning.”  He described the peak as an open system volcano, meaning its “magmatic plumbing system is open and magmas can move to the surface really fast and it can start erupting almost with no warning.” READ MORE