DEVELOPING: DC military base placed on lockdown after report of armed person 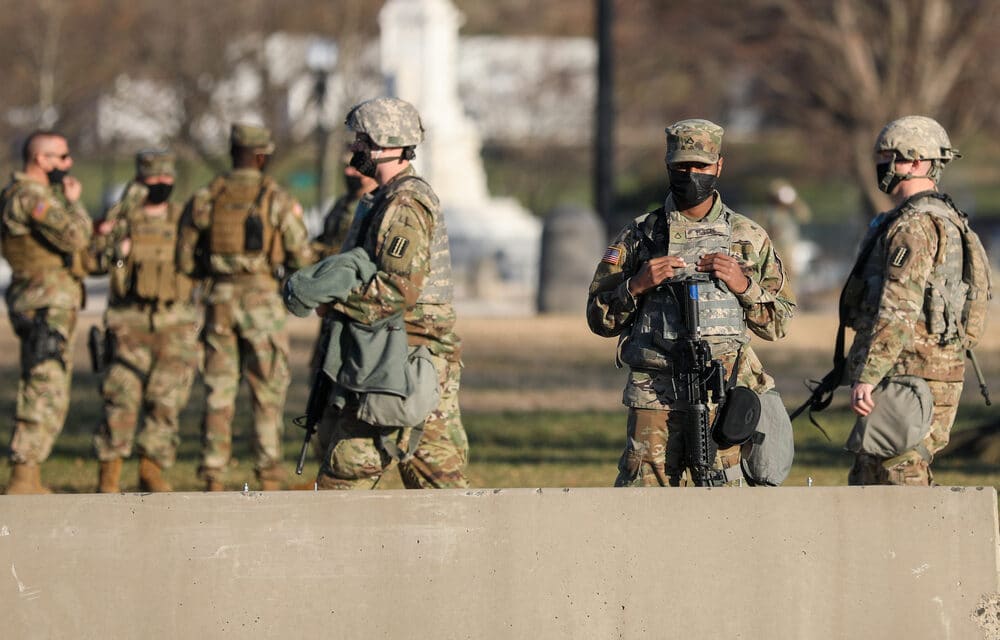 (ETH) – A military base in Washington has been placed on lockdown after a report that an armed person was spotted on the grounds after local police said shots were heard on streets near the base and a gunman ran onto the grounds.

According to the Associated Press,  Joint Base Anacostia-Bolling posted a note on its Facebook page Friday saying the base was being placed on lockdown. The notice said the person was spotted on the south side of the base. The naval support facility at the north end of the base is used by Marine Helicopter Squadron One, the fleet of green helicopters that carry the president and vice president.

“If you encounter the individual and have a safe route, RUN. If you do not have a safe route to run, HIDE. Barricade your door, turn off the lights and your cell phone ringer, and remain silent,” the post said. “If you are hiding, prepare to FIGHT.”

Officials initially said they were looking for two people, but a later report said only one suspect was at large, a man with dreadlocks wearing blue or green pants and a white tank top. The NYP stated: “LOCKDOWN LOCKDOWN LOCKDOWN,” the Joint Base Anacostia-Bolling warned on Facebook Friday afternoon.

“If you encounter the individual and have a safe route, RUN. If you do not have a safe route to run, HIDE,” the base said. “Barricade your door, turn off the lights and your cell phone ringer, and remain silent. If you are hiding, prepare to FIGHT.”

The base described the suspect as a black man carrying a Gucci bag, without elaborating on the weapon he reportedly had. “The information we have at this time is the individual is believed to be armed,” the base said, again without elaborating.