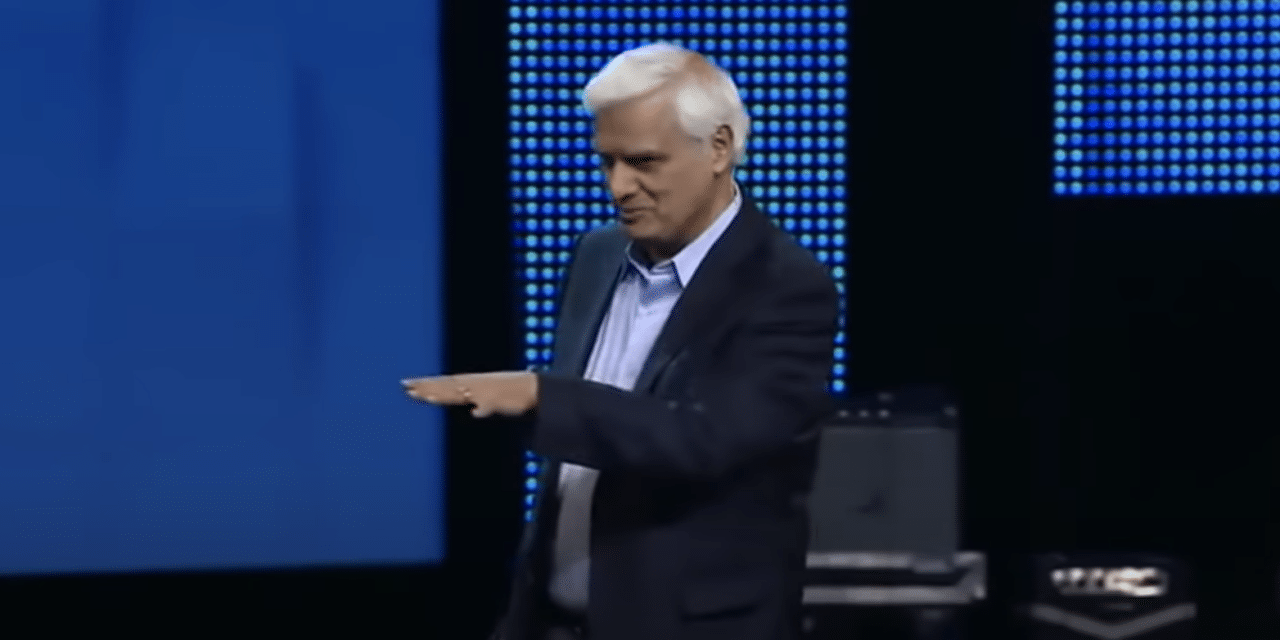 (ETH) – According to a breaking news report from the Christian Post, Donors to Ravi Zacharias International Ministries have filed a lawsuit against the late Christian apologist’s organization, alleging their funds were funneled to women subjected to its founder’s sexual misconduct as he gave money and expensive gifts to survivors, including $40,000 toward on woman’s culinary schooling.

“Defendants bilked tens — if not hundreds — of millions of dollars from well-meaning donors who believed RZIM and Zacharias to be faith-filled Christian leaders,” claims the lawsuit filed in the federal court for the North District of Georgia. “In fact, Zacharias was a prolific sexual predator who used his ministry and RZIM funds to perpetrate sexual and spiritual abuse against women.”

After Zacharias’s death last May, an in-depth report by Atlanta law firm Miller & Martin, independent investigators hired by RZIM, revealed that he engaged in “sexting, unwanted touching, spiritual abuse, and rape” during his life.

The lawsuit has been filed by The Brad Sohn Law Firm, PLLC on behalf of people who donated to RZIM from 2004 through Feb. 9, 2021, and it’s based on the report by Miller & Martin. “It is incredibly disheartening to think that a sexual predator would hide behind faith and a ministry to do as we allege was done here,” Attorney Brad R. Sohn of the law firm said in a statement.

According to more details from classaction.org, Two Nevada residents who donated $30,000 to Ravi Zacharias International Ministries (RZIM) aim to represent a class of donors whose money they allege went not to the organization’s Christian apologetic outreach efforts but instead financed the activities of “a prolific sexual predator” who abused his position to “perpetrate sexual and spiritual abuse against women.”

The 30-page proposed class action alleges Ravi Zacharias International Ministries, a 501(c)(3), has, since at least 2004, deceived scores of faithful Christians and bilked donors out of “tens—if not hundreds—of millions of dollars” they believed would fund the organization’s stated mission of “spreading the Gospel of Jesus Christ and training disciples to defend Christianity around the globe.”

In truth, the defendants—RZIM, RZIM Productions, and Margaret Zacharias, as an administrator of evangelist Ravi Zacharias’s estate—deceptively solicited and used donor money to finance Zacharias’s sexual misconduct, “including, but not limited to, financing massage spas where Zacharias engaged in sexually predatory behavior and paying hush money to targets of his sex abuse,” the lawsuit alleges.

Derek Carrier, a tight end for the Las Vegas Raiders, and his wife Dora Carrier were regular listeners to RZIM podcasts and gave the ministry $30,000 in January 2020. They supported RZIM’s mission to “touch both the heart and the intellect of the thinkers and opinion-makers of society with the truth of the gospel” and trusted the integrity of the ministry’s leadership. They didn’t know that Zacharias had owned multiple spas where he sexually abused employees and had been credibly accused of preying on women in multiple countries.