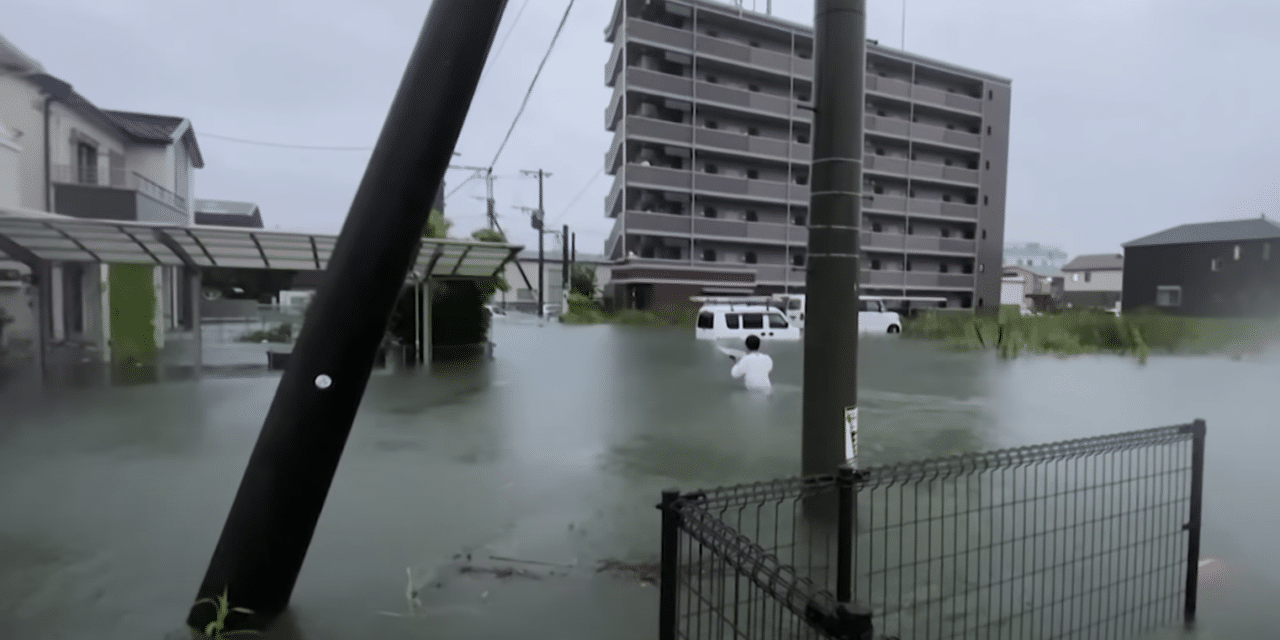 (ETH) – Nearly two million people have been urged to evacuate their homes amid heavy rainfall in parts of Japan. According to a report from BBC News, the highest-level rain warnings have been issued in a number of prefectures, including Fukuoka and Hiroshima.

One woman has died and her husband and daughter are missing after a landslide destroyed two homes in Nagasaki prefecture. More than 150 troops, police, and firefighters have been sent to help with rescue operations in the area. “They are carefully searching for the missing residents while watching out for further mudslides as the heavy rain continues,” a local official told the AFP news agency.

The west of the country is worst affected but heavy downpours are expected across the country in the coming days. The Guardian reported that on Friday, a mudslide in Nagasaki killed one person, injured another, and left two others missing, while a separate mudslide in Hiroshima left one person seriously injured.

Two women in their 70s were also confirmed dead after they were found in a drainage canal. By Sunday, dozens of people in flooded areas in the southern Kyushu region, as well as Hiroshima, had been rescued, the disaster management agency said.

Heavy rain has been dumped across southwestern Japan since last week, with more than a meter falling in the northern part of Kyushu. The Japan Meteorological Agency said more rain was expected in the coming days as a front is stuck above the Japanese archipelago. “We have not started to survey human or property damage on a full scale,” said Hironori Fujiki, a city official in Kyushu’s Nagasaki prefecture.