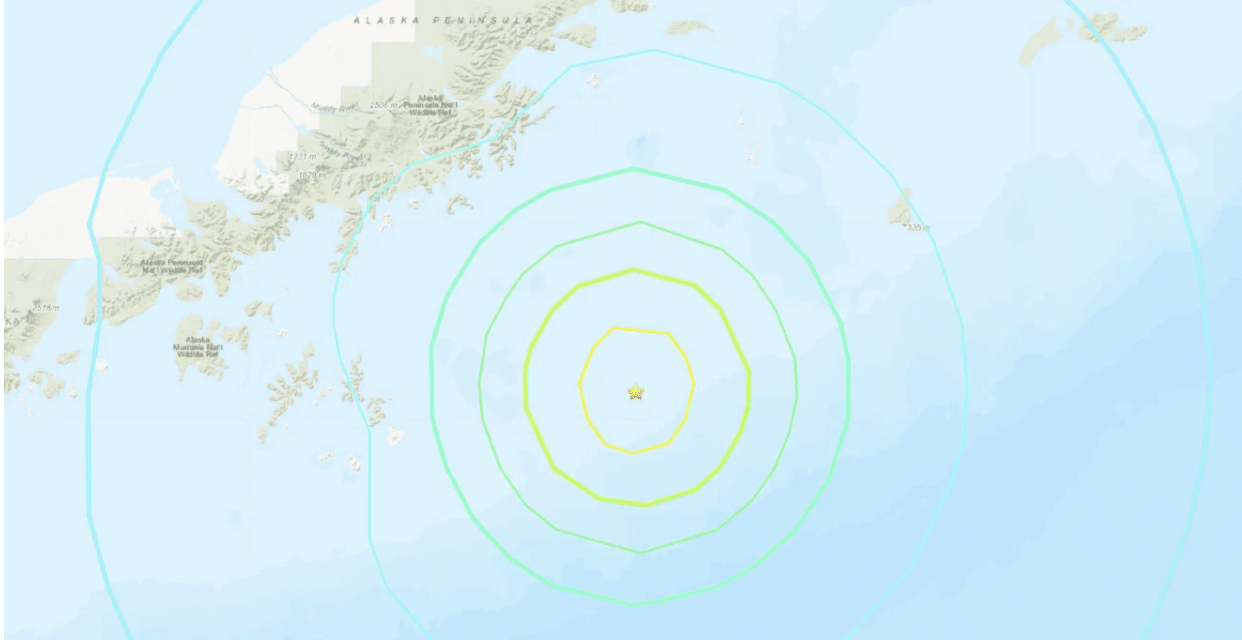 (ETH) – Back to back 7.0 earthquakes have rattled both Alaska and Haiti on this Saturday morning.

According to Reuters, A magnitude 7.0 earthquake struck the Alaska Penninsula SE of Perryville but did not generate a tsunami warning and was at a depth of 10 km (6 miles).

According to the Sun, this tremor comes just weeks after a massive 8.2 magnitude earthquake sparked tsunami fears in Alaska and Hawaii on July 29th. This is in the so-called ‘Ring of Fire’ in the Pacific Ocean. This is where the majority of the world’s earthquakes and volcanic eruptions occur.

This is because this is where many of the Earth’s fault lines are found. Three volcanos are also simultaneously erupting across The Last Frontier, with at least two spewing low levels of ash and steam. This quake was followed shortly by another magnitude 7.0 earthquake that reportedly struck Haiti North of Petit Trou de Nippes.