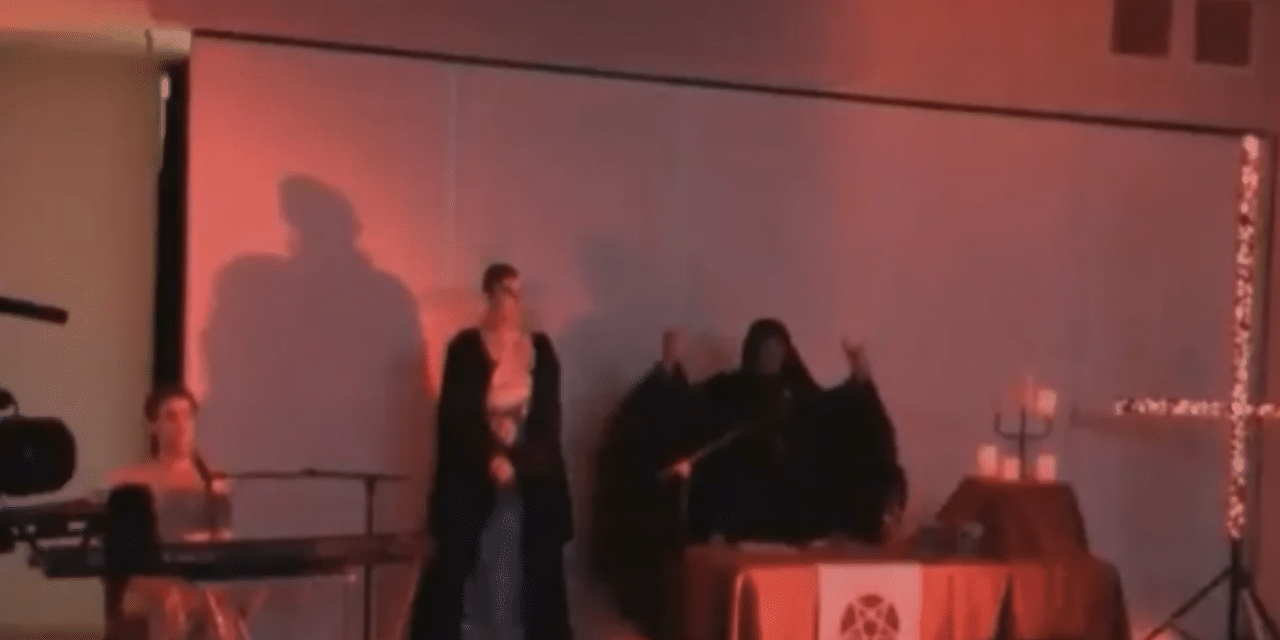 (ETH) – An Australian broadcaster accidentally aired a clip of a satanic meeting during its nightly news broadcast, giving viewers an unexpected glimpse into the religious ceremonies of a satanic group based in Queensland.

According to INSIDER, The clip was broadcast during a nightly news program aired by the Australian Broadcasting Corporation, which is also known as ABC TV. It starts with a segment on police dog welfare, showing suit-clad men standing outside a building, but quickly cuts to a visual of three people wearing black and standing beside a brightly lit, upside-down cross.

ABC's satanic slip-up. What was going on here? @abcnews pic.twitter.com/D1dWfjOYhM

“Hail, Satan!” one of them loudly proclaims, before the clip cuts out. Yahoo News reported that ABC TV presenter Yvonne Yong continued with the broadcast after the clip of the satanic ritual aired. It is not known how the clip of the ritual made its way into a segment on police dogs. ABC TV did not immediately respond to a request for comment from Insider.

The footage might have come from a Facebook video of the Noosa Temple of Satan, a satanic group based in Queensland, Australia. The same clip is seen at the eight-minute mark of the group’s live stream from October 30. The Noosa Temple, which is composed of self-described Satanists, recently made the news in Australia.

Led by its founder Robin Bristow, who is better known by the name “Brother Samael Demo-Gorgon,“ the group is pushing for the Australian government to allow Satanists to teach religious classes in schools, per an August 12 report by the Brisbane Times.