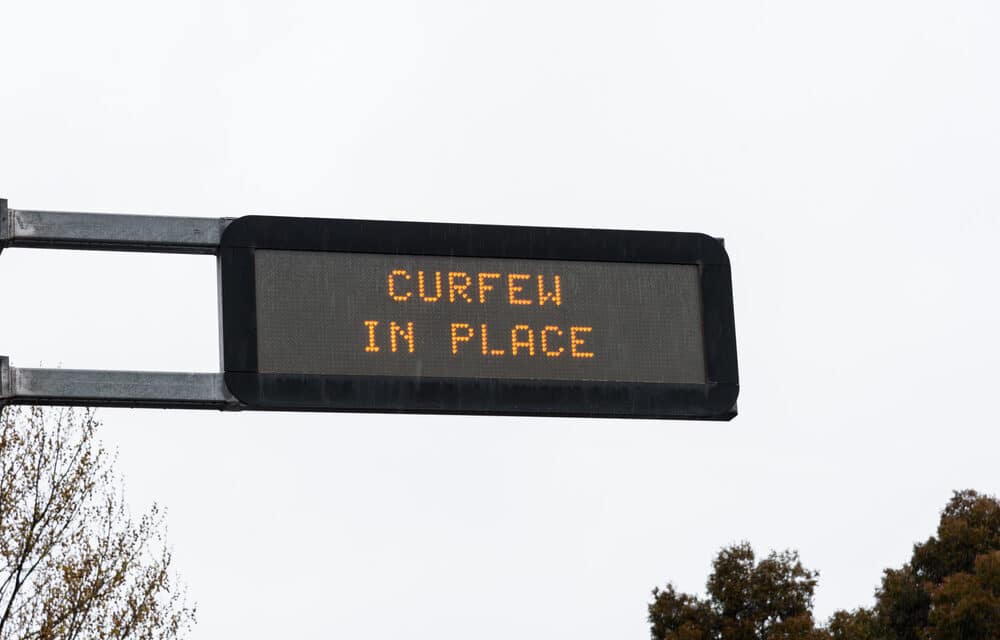 (ETH) – Politicians in Australia have reportedly deployed the army and helicopters to order people to go home in what is one of the world’s strictest Covid lockdowns. According to TheSun, One man caught a chopper shouting out stay-at-home orders from a loudspeaker and shared it online.

In the footage, a blue and white helicopter circles the Aussie who blurts out “What the F**K!” as he’s warned that local police would find him and issue a fine. Australia is enforcing one of the most severe lockdowns in the world and recently called in the military to help enforce its “Zero Covid” strategy.

Under the Government’s policy, rule-breakers caught ignoring the latest regulations will be slugged with a £265 ($500) fine. Borders remain shut until the percentage of the population to receive both jabs jumps from the current measly number of 17 percent to 80 percent.

On Saturday, up to 1,300 police swarmed Sydney and set up roadblocks in a massive show of force to stop a repeat of last week’s violent anti-lockdown protest. Some 300 unarmed army personnel will also help police go door-to-door to ensure people who have tested positive are self-isolating.

The move comes after a review of posts uploaded by the Rupert Murdoch-owned TV channel, which has a substantial online presence. “We have clear and established Covid-19 medical misinformation policies… to prevent the spread of Covid-19 misinformation that could cause real-world harm,” a YouTube statement said.

With 1.86 million YouTube subscribers, the channel — which is owned by a subsidiary of Murdoch’s News Corp — has a conservative following well beyond Australia. Its posts, including some questioning whether there is a pandemic and the efficacy of vaccines, are widely shared on social media forums around the world that spread virus and vaccine misinformation.

The New American reported that nearly five million residents of Greater Sydney and some other city areas are subject to strict rules that drastically restrict people’s freedom of movement to five km (3.1 miles) from one’s home in most cases.

Only essential shopping, healthcare, and caregiving grant residents a chance to go up to 10 km (6.2 miles) from home. Only authorized workers are allowed to move outside their Local Government Areas (LGAs).

The fines for the violators have been more than doubled. The police department of New South Wales (the Australian state of which Sydney is the capital) notified the residents that police posts will be stationed across the transport network and at major transport hubs “to ensure the community is complying with the current Public Health Order.”