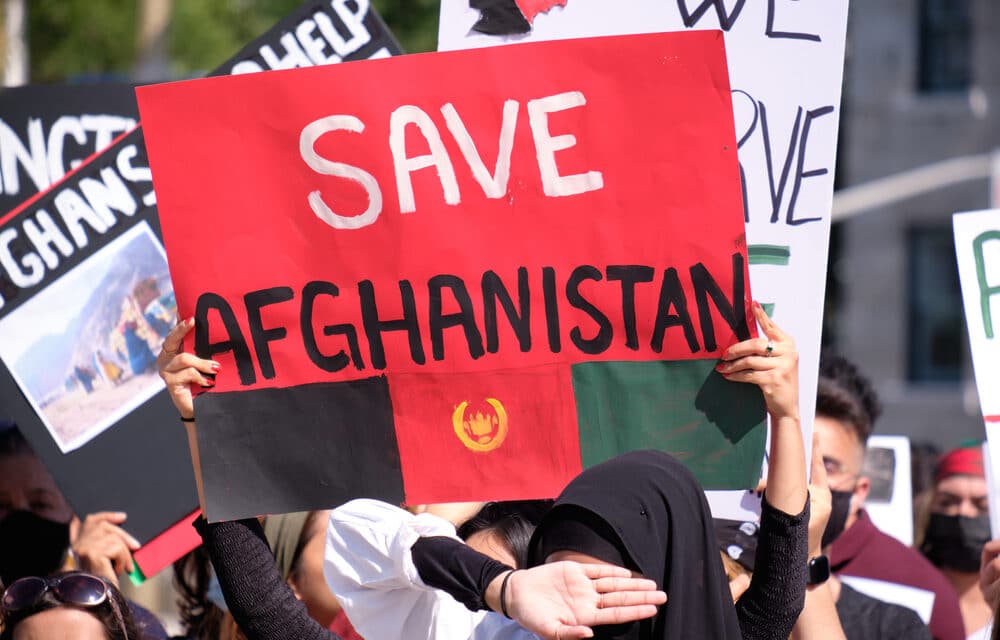 (ETH) – Thousands of U.S. citizens were still struggling to leave Afghanistan on Wednesday, some unable to reach the Kabul airport or, once they arrived, violently turned away.

According to Yahoo News, An American who reached out to the office of Rep. Ken Buck (R-Colo.) for help trying to evacuate said the Taliban blocked access to the U.S. military-occupied side of the airport and turned her away. “My family has attempted to get to the gate at the airport three times,” she wrote on WhatsApp. “The crowds are too big. They were beat with sticks by members of the Taliban.”

President Biden and members of his administration faced criticism from lawmakers in Congress for botching the Afghan evacuation, but they insisted late Wednesday that the U.S. was committed to getting the remaining Americans out even if that means extending the withdrawal beyond his Aug. 31 deadline. According to a report from Defense One, At a State Department press conference Thursday, spokesman Ned Price acknowledged that processing has been slow, but was improving.

“There are 6,000 people at the airport right now who have been fully processed by our consular team and will soon board planes,” Price said.  Twenty flights were expected to depart overnight Thursday, and State will double the number of consular officers on the ground by Friday, he said.

“We will have the capacity that we need to process as many individuals as we can to fill the flights,” Price said.  The evacuation has hit more of a “rhythm” in the last 24 hours, he said. For example, U.S. troops have opened and manned more gates at the airport, allowing faster processing of evacuees.

And satellite imagery examined by the Center for Strategic and International Studies shows that the crowds that swarmed the airport’s tarmac in recent days have disappeared, indicating that some order has been restored to airfield operations. According to the Daily Wire, A report published on Thursday alleged that the Biden administration was charging U.S. citizens for evacuation flights out of Afghanistan, and even more for non-citizens.

“Even though U.S. officials tell NatSec Daily and others that evacuation flights from Kabul will be free, people trying to catch a plane in the Afghan capital say differently,” Politico reported. “One person said State Department staff were seeking large payments — up to $2,000 — from American passengers and even more from non-U.S. citizens.”

Politico says that it confronted the State Department over the matter, which they said did not deny that it was happening. “U.S. law requires that evacuation assistance to private U.S. citizens or third country nationals be provided ‘on a reimbursable basis to the maximum extent practicable,’” the spokesperson said.

“The situation is extremely fluid, and we are working to overcome obstacles as they arise.” The Daily Mail reported that US troops have been firing warning shots to disperse thousands of desperate Afghans outside Kabul airport as frantic Western expats told MailOnline they can’t get ‘anywhere near’ the gates because of the ‘terrified locals.’

Footage taken last night showed stun grenades flashing beside the perimeter and expats who tried to get through the gate say the military entrance said shots were fired by Western troops. Westerners and visa holders trying to get to their flights say they are unable to get to the gates because of the crowd of up to 50,000 desperate locals who are gathering at the gates.

At the main entrance, Taliban fighters periodically fire into the air to clear the crowd in an attempt to disperse the crowd – but video of the fighters unleashing a volley of automatic fire shows the terrifying gauntlet evacuees have to negotiate. Taliban fighters were seen shooting over the heads of crowds, striking people with rifles, while those on the ground reported beatings and whippings being dished out seemingly at random.