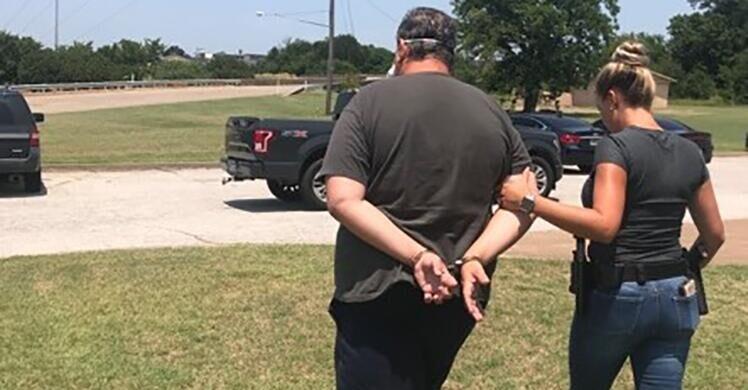 (ETH) – A former Texas pastor has been sentenced to 30 years of federal prison after he pleaded guilty to using hidden cameras to record sexually explicit material of underage children at church and other locations.

According to the report from the Christian Post, David Pettigrew, ex-pastor of the Church of the Nazarene in Denison, Texas, was sentenced to 360 months in prison by U.S. District Judge Amos L. Mazzant on Monday. He pleaded guilty in April for using hidden cameras to record sexually explicit material of underage children at church and other locations.

According to the Department of Justice, Pettigrew confessed to secretly taping naked minors in Collin and Grayson counties, including at his church, using cameras disguised as hooks, clocks, a picture frame, a smoke detector, an AC wall adapter, charging blocks, and a pen.

The children, ages 11 to 14-years old, had no idea they were being recorded while they were reportedly undressing, bathing, and toweling off at the Denison Church of the Nazarene in Grayson County.  “David Pettigrew is a predator who used his position to exploit children for his own gratification,” said acting U.S. Attorney Nicholas J. Ganjei in a statement.

“David Pettigrew is a predator who used his position to exploit children for his own gratification,” said Acting U.S. Attorney Nicholas J. Ganjei. “Parents and kids in Grayson County trusted Pettigrew as an educator, pastor and friend, all the while unaware of his criminal intent.

Working with children is nothing short of a privilege, and EDTX is committed to ensuring that those who assume responsibility for children do not violate that position of trust.” “The deviant behavior of any individual that occupies a position or role of public trust, especially one that betrays that trust, is unforgivable and repulsive.

The actions and the emotional trauma Pettigrew caused to the innocent children he preyed upon is devastating and life-altering,” said Ryan L. Spradlin, Special Agent in Charge of HSI Dallas. “Protecting those most vulnerable is a top priority for HSI and we will never relent in our pursuit of characters like Pettigrew who breach their positions of trust to exploit minors.”