Worship leader says she can no longer support Hillsong, Elevation, and Bethel because theology does matter 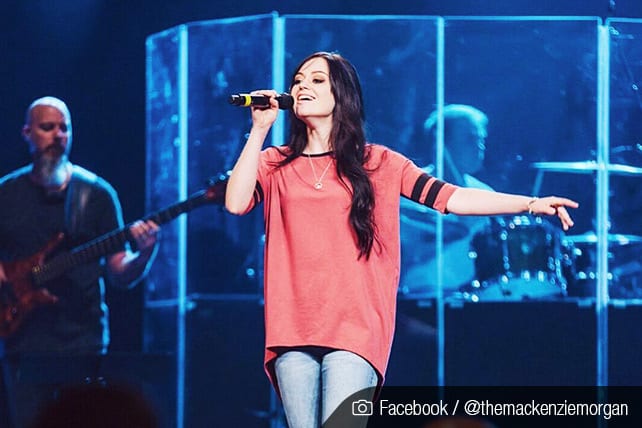 (OPINION) – A July 12 Facebook post about “false teachings” in some popular Christian music is striking a chord. The statement by Tennessee recording artist and worship leader Mackenzie Morgan, who says she can no longer “stay silent” about heretical lyrics, already has more than 7,000 likes.

After lots of studying, Morgan writes, she “was met with a terrible feeling of grief and sadness for what I was supporting”—specifically naming Hillsong, Elevation, and Bethel Music. “Maybe it’s time we start looking at the Scriptures to see what God truly calls for in worship and get over what we want,” she adds.

Although Morgan says the problems with some modern worship music are “too numerous” for her post, she elaborates on “churches such as Elevation and the teachings of Steve Furtick,” pointing to “his belief in modalism, which is…heresy.” She adds, “As for Bethel, that one should be pretty obvious.”

Elevation, a North Carolina megachurch, is organized around a vision that founder Furtick says he received from God. California-based Bethel Church has been controversial partly because of its focus on supernatural ministry.

Hillsong, a global megachurch based out of Australia has faced controversy in recent months most famously for Hillsong East Coast’s pastor Carl Lentz‘s firing due to infidelity, but also for alleged spiritual abuse and for promoting a celebrity culture. Former Hillsong Dallas pastors Jess and Reed Bogard have been accused of mishandling church funds, and Hillsong has launched an investigation into allegations of financial abuse that have been levied at the church as a whole. READ MORE