Why are so many whales dying on California beaches? 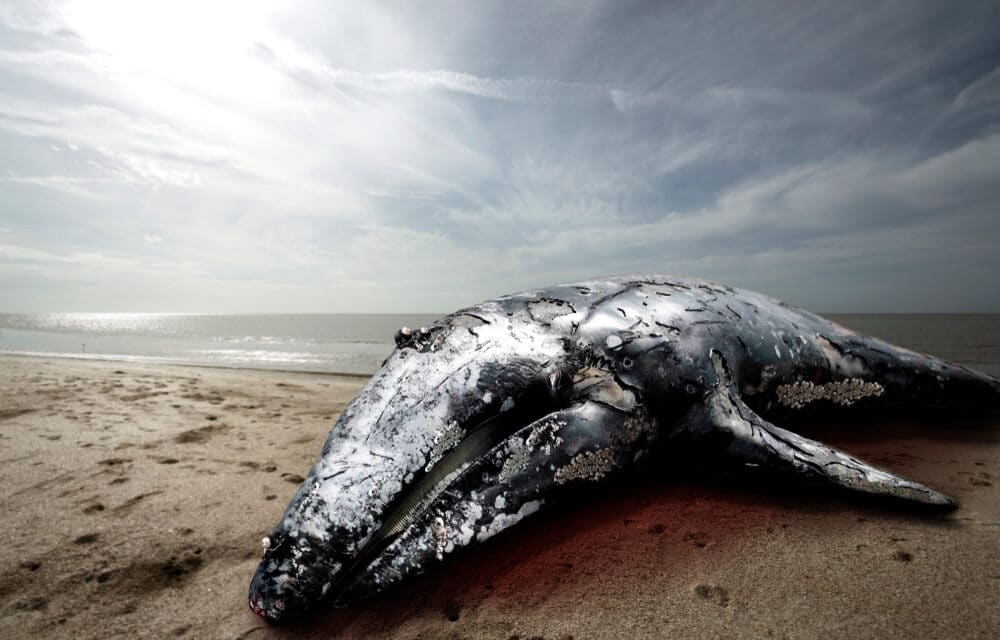 (FC) – On June 21, a 45-foot-long dead gray whale, longer than a city bus, washed ashore on Ocean Beach on the western border of San Francisco. A day earlier, a fin whale washed up on another beach south of the city. In May, seven gray whale carcasses landed on Bay Area beaches. Six other stranded whales were discovered in April.

Each year, gray whales travel along the West Coast between Mexico and Alaska, a journey as long as 12,000 miles round trip. In 2019, whale strandings along the coast began to surge (the National Oceanic and Atmospheric Administration designates them as an “unusual mortality event”).

Other whales seem to be dying farther out in the water and sinking, so the true number of deaths isn’t clear. “We know that for every one whale that washes up on our shores, that another ten whales can die offshore and never be seen,” says Steve Jones, a senior media specialist for the oceans program at the nonprofit Center for Biological Diversity. By one estimate, the total population of the species along the coast dropped by more than 7,000 animals, or a quarter of the population, between 2016 and 2020.

Scientists still don’t know why so many whales are dying, but climate change may be part of the problem. “In the Arctic, where they are feeding, the waters are warming,” says Kathi George, the director of field operations and response at the Marine Mammal Center, a Bay Area nonprofit that rescues injured marine animals.

“With warming waters, you’re not going to have as productive waters. So the quantity and quality of the food that they eat in the Arctic has not been as high in recent years. The whales have been starting these migrations not as healthy as they have in years past.” READ MORE