Western US is getting pummeled with deadly wildfires, flash flooding, sandstorms, drought and water shortages 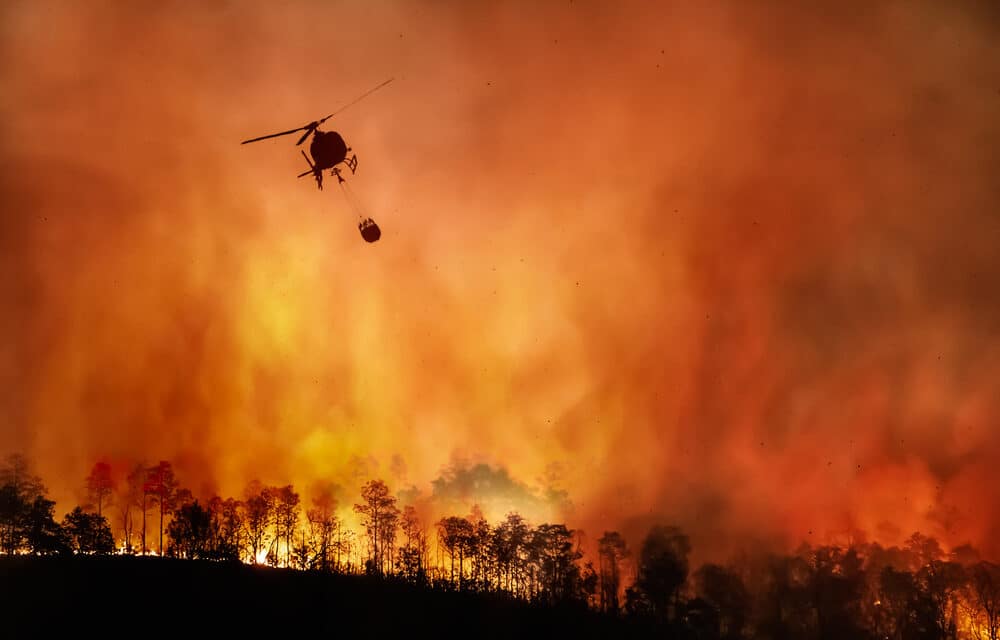 (ETH) – The Western portion of the United States is getting absolutely hammered by extreme weather and there seems to be no letting up. CBN News just reported that sandstorms, flash floods to wildfires burning out west, extreme weather have turned deadly as conditions continue to worsen.

In northern California, the Dixie Fire has exploded in size, now burning in two counties and destroying at least a dozen homes and threatening as many as 10,000. It’s one of nearly 90 wildfires burning in 11 states.

In Oregon, the Bootleg Fire has now scorched more than 400,000 acres and is burning so hot and so fast, officials say it created its own tornado over the weekend. Meanwhile, at least 75 million Americans face drought conditions and monsoon storms turn deadly in other parts of the country.

In Utah, Four children were among the eight killed in Sunday’s series of crashes in Millard County after an unusual dust storm limited visibility for drivers according to KSL

Five of the eight people who died were in the same vehicle, two were in another vehicle, and one fatality was from a third vehicle, the Utah Highway Patrol said Monday. Four of the people who were killed were adults and four were under age 15.

The two who died in a second vehicle were identified as Richard Lorenzon, 51, and Maricela Lorenzon, 47, both of Salt Lake City. The couple leaves behind four daughters ages 7, 9, 21, and 26, according to a GoFundMe set up for the family.

Forced to reckon with worsening drought conditions, California’s water regulators are preparing to forbid thousands of farmers from tapping into the state’s major rivers and streams according to the Sacramento Bee

It’s an extraordinary step — and one that regulators didn’t take during the last drought, which was considered one of the worst on record. The State Water Resources Control Board on Friday released an “emergency curtailment” order that would cut thousands off from rivers and streams in the Sacramento and San Joaquin river watersheds.

The five-person board still has to vote on the order Aug. 3, and it would take effect about two weeks later. Eileen Sobeck, the board’s executive director, said the proposed order shows the dire conditions of California’s water supply. There “is just not enough to meet all of the legitimate demands,” she said. “We don’t take this action lightly; we know that it’s going to impose hardships on folks,” she said. Exceptions will be made for drinking water and other human needs.