Virginia teen is recognized as the first ‘nonbinary’ Eagle Scout 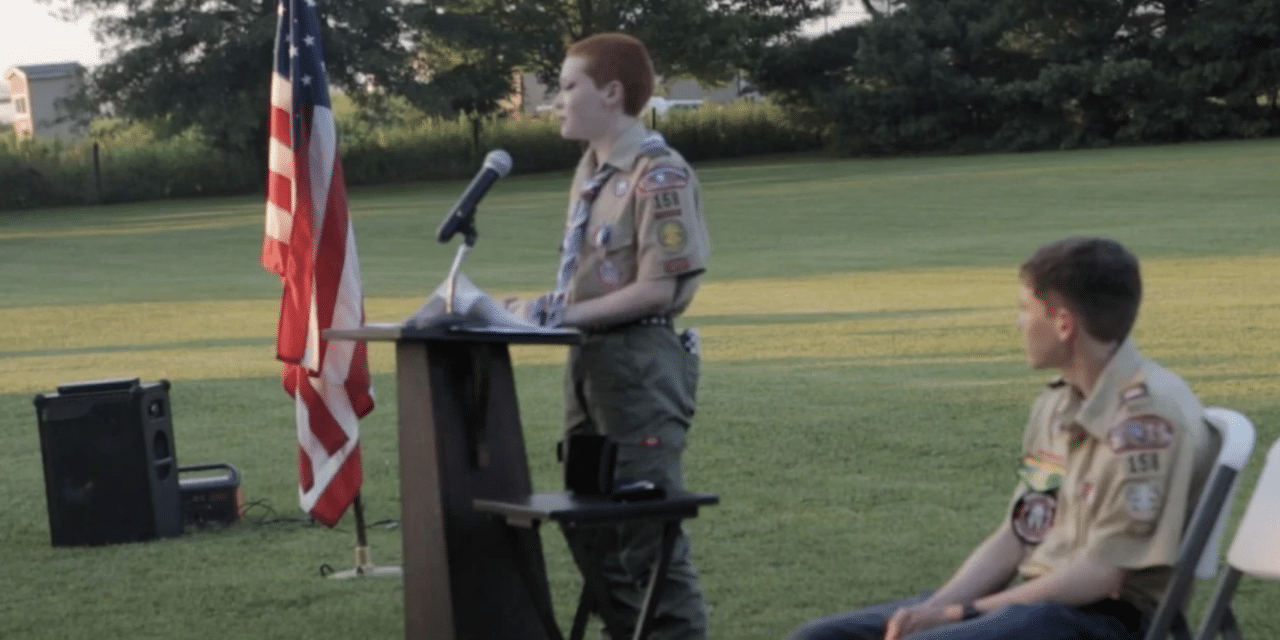 (ETH) – A biologically female Blacksburg, Virginia, high school student has attained the highest Boy Scouts rank possible — Eagle Scout — making the nonbinary teen the first ever to receive such an award according to TheBlaze.

“I always felt a little left out because of course, I was the sibling, and I was a female, and it was groups of boys,” Jack told the station. “But since I was able to join as a true member, it felt more inclusive, and I was putting in more work.”

“They needed more utilities outside, so they could have a program this spring with COVID requirements, so I started planning that, it took a lot of planning,” Cooper explained.

It’s Cooper’s hard work and dedication that led to the Eagle Scout Rank this year. “I’ve always seen Eagle as something that really improves character and overall skill in everyday life. I also just really like the idea of having Eagle, like that’s something super exciting to me and not that many people get that in their life,” Cooper said.