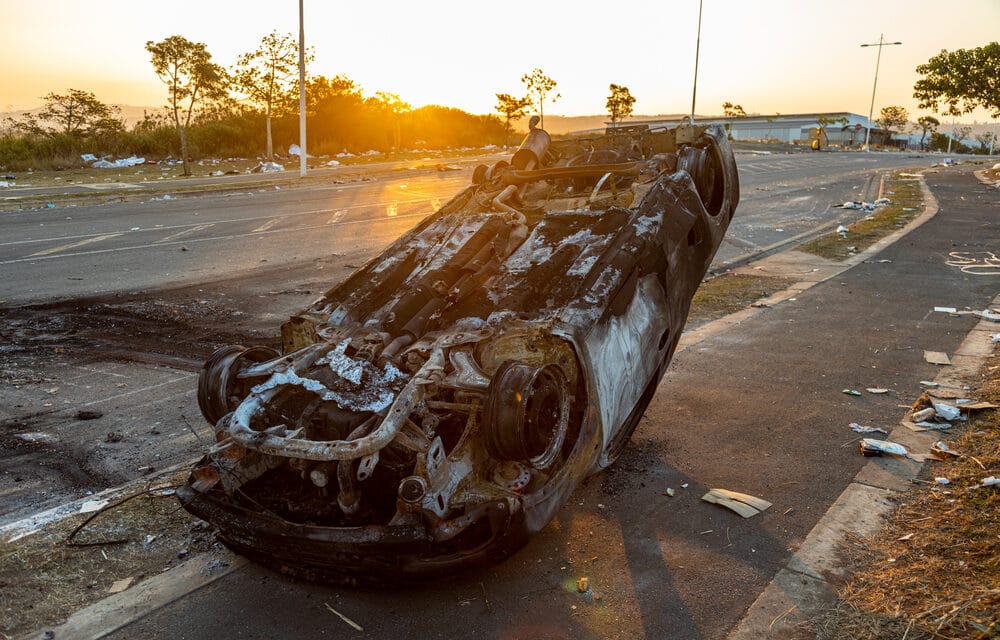 (ETH) – Food and fuel shortages in South Africa have grown so severe amid deadly rioting and looting that some on the front lines are considering cannibalism, according to a report from the NYP.

“We are on the verge of eating each other,” community leader Nhlanhla Lux told the Financial Times as he and a group of other armed men dug in to defend the Maponya Mall in Soweto from looters.

“The biggest mall that employs the biggest number of people is the one left standing,” the 33-year-old, clad in camouflage and carrying a pistol, told the outlet of the mall. “If it falls, it’s the last elephant.”

Sporadic violence began last week in protest of former President Jacob Zuma beginning a 15-month sentence for refusing to appear at an inquiry into alleged corruption during his time in office.

From its origin in Zuma’s home in KwaZulu-Natal province, the unrest has since spread to cities across the nation, including Johannesburg, reportedly killing at least 117 people and choking major commercial roads, leading to dire shortages of food and fuel.

“It’s currently difficult to assess what the total cost of the unrest is because there are areas which are still volatile, particularly in KZN. However, the damage is likely to cost north of R20bn in KZN and the cost to the country is likely [to be] north of R50bn,” said Thabi Leoka, an independent economist. “The biggest loss, apart from the loss of lives, is the loss of jobs that many will incur because their places of work no longer exist.”

According to the Financial Times, Protests that began with truck burnings and looting quickly became an assault on food supply chains, including supermarkets, warehouses, and food packaging. The deliberate sabotage of such investments was at the heart of the unrest, Ramaphosa told business leaders this week, as part of a plan “to cripple the economy, cause social instability and severely weaken — or even dislodge — the democratic state.”

The unrest also reflected despair over years of joblessness and hunger worsened by the pandemic. “This was not a Zuma issue — it was a ticking bomb,” said Thapelo Mohapi, spokesperson for Abahlali baseMjondolo, a Durban-based movement that represents shack dwellers.