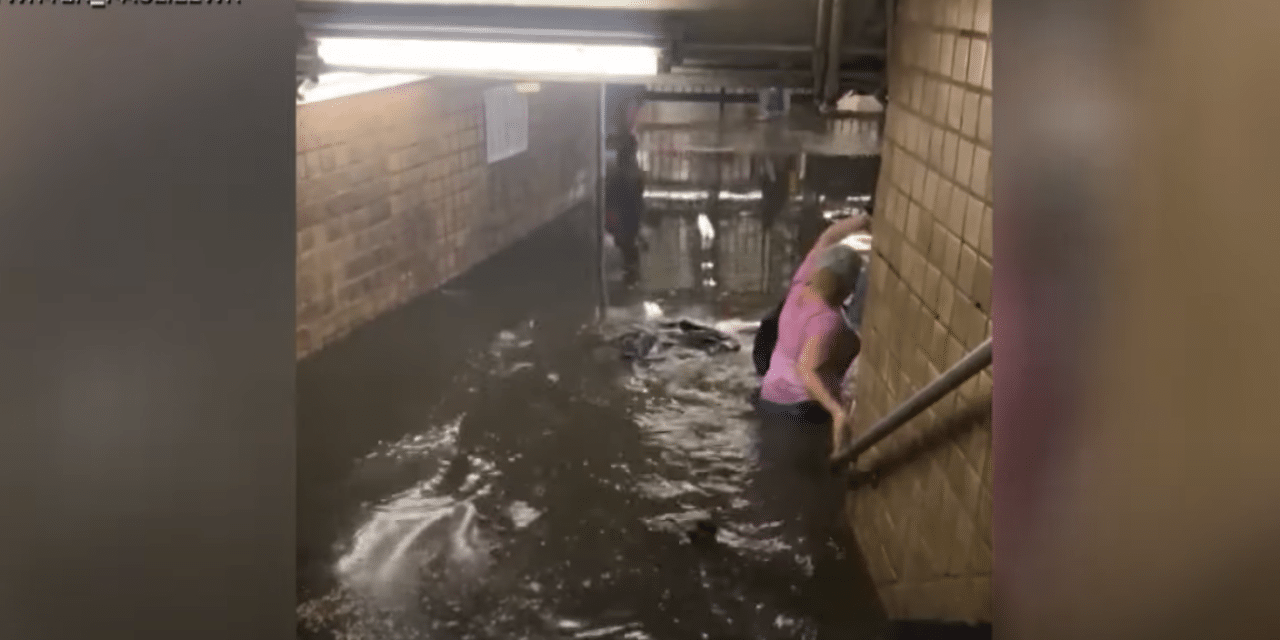 Commuters were forced to swim in subway stations and drivers were rescued from their stranded cars in New York on Thursday as Tropical Storm Elsa barreled up the East Coast. The National Weather Service issued a flash flood warning for NYC and much of New Jersey as the storm made its way up the coastline.

The brunt of Tropical Storm Elsa is expected to hit the area in the early hours of Friday morning, but disaster is already underway in the city. Multiple users took to social media to share videos of completely flooded subway stations.

Shocking footage shows intense flooding at the 157th St. station, with people waist-deep in dirty water attempting to get onto the platform. Some commuters were seen putting trash bags over their clothing in an attempt to hop through the floods.

The NYPD urged people to avoid driving if possible, sharing that dozens of people had to be rescued Thursday evening from major flooding on the Major Deegan Expressway. “With a little ingenuity, officers used a barrier truck & safely removed over a dozen people from their stalled vehicles,” the NYPD tweeted.

Earlier in the evening, police warned New Yorkers to “expect delays in all major crossings and road closures. “Stay off the roads and use public transportation if possible,” they said. Meanwhile, New Jersey Governor Phil Murphy warned residents to take the tropical storm seriously. “The worst of this thing looks like it’s gonna be in the middle of the night through tomorrow morning,” he said. READ MORE