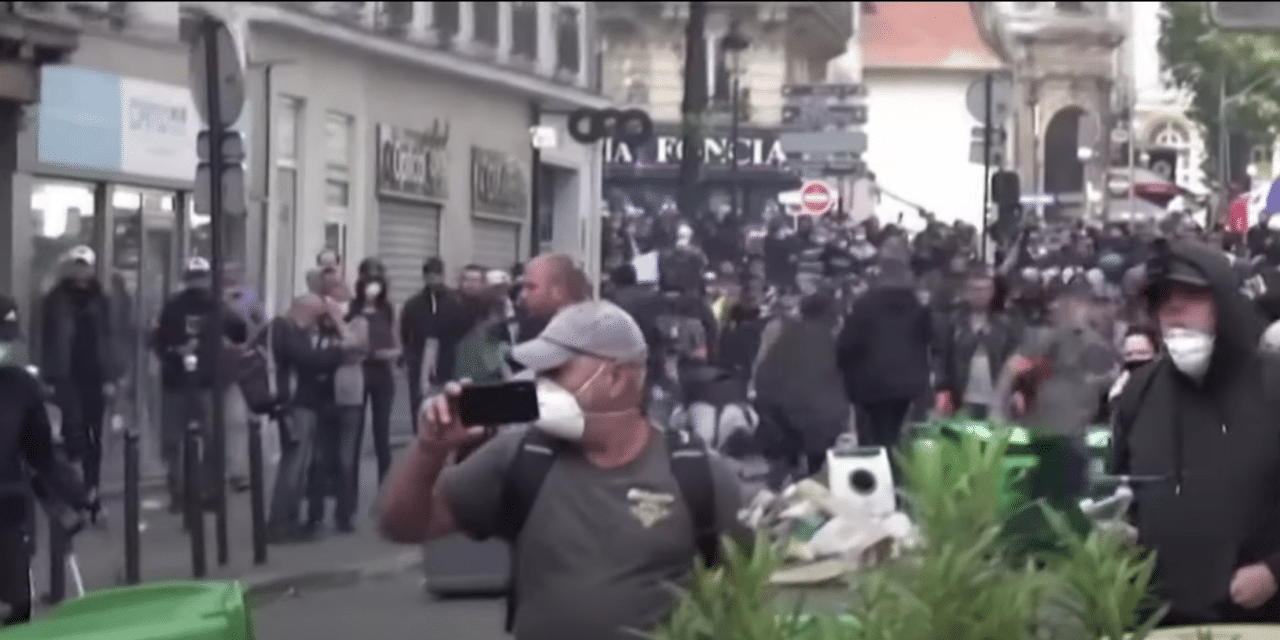 Protests flared in France and Greece on Wednesday as residents angry over coronavirus curbs and vaccine mandates in both countries marched against new, stricter regulations that they say discriminate against people unwilling to be inoculated.

In Paris, demonstrators clashed with police after French President Emmanuel Macron announced sweeping measures to fight the pandemic earlier this week. He mandated vaccinations for all health-care workers and said new rules would require unvaccinated people to show negative coronavirus tests before entering bars, restaurants and other entertainment venues.

Also this week, Greek authorities said all medical workers would need to be immunized or face penalties, and only vaccinated individuals would be allowed to use public indoor spaces until Aug. 31, through the height of Greece’s tourism season. The policies prompted demonstrations in Athens, where thousands gathered outside parliament Wednesday under heavy police presence, Reuters reported. Here are some significant developments:

Regional authorities in Barcelona Thursday were waiting for a judge to greenlight their decision to impose a nightly curfew in northeastern Spain as the delta variant spreads. A Spanish court had ruled the previous day that strict rules confining residents to their homes last year in an effort to curb infections were unconstitutional.

New coronavirus cases in Tokyo again hit a six-month high Thursday, with more than 1,300 infections reported in the Japanese capital during the past 24 hours, just eight days before the start of the Olympic Games.

Australian officials in Melbourne said Thursday they were putting the city and the rest of Victoria state in a snap five-day lockdown, as a growing outbreak of the more virulent delta variant eludes the country’s otherwise successful pandemic response.

Indonesia, the world’s fourth-most-populous country, has emerged as the hotbed of the pandemic in Asia as it battles the spread of the delta variant. The Muslim-majority nation recorded its highest number of daily cases on Wednesday, registering more than 54,000 infections. CONTINUE

Meanwhile, Hundreds of protestors have stormed Melbourne’s CBD to rally against the looming five-day lockdown coming into force across Victoria from midnight. Premier Daniel Andrews on Thursday said Victoria had ‘no choice’ but to enter a snap statewide lockdown to contain a growing outbreak of the COVID-19 Delta variant.

The decision came after the state recorded two new cases, bringing its cluster to 18, which was sparked when NSW’s outbreak was imported into Melbourne by a Sydney removalist working interstate.  But hundreds of angry residents did not agree with the premier, demanding he be sacked for plunging the state into its fifth lockdown since the pandemic began in March 2020.

Despite the wet weather, Victorians poured into Flinders Street holding up signs calling for freedom, with some reading ‘lockdown kills’ and ‘I have a choice’. Organizers leading the procession held a huge blue banner with the name of an anti-lockdown website scrawled across it, as they roused fellow protestors through a megaphone. The lockdown objectors chanted as they marched through the streets, just hours before stay-at-home orders will be rolled out across the state. CONTINUE