Two California wildfires converge into one forcing evacuations, Dozens of homes have been engulfed 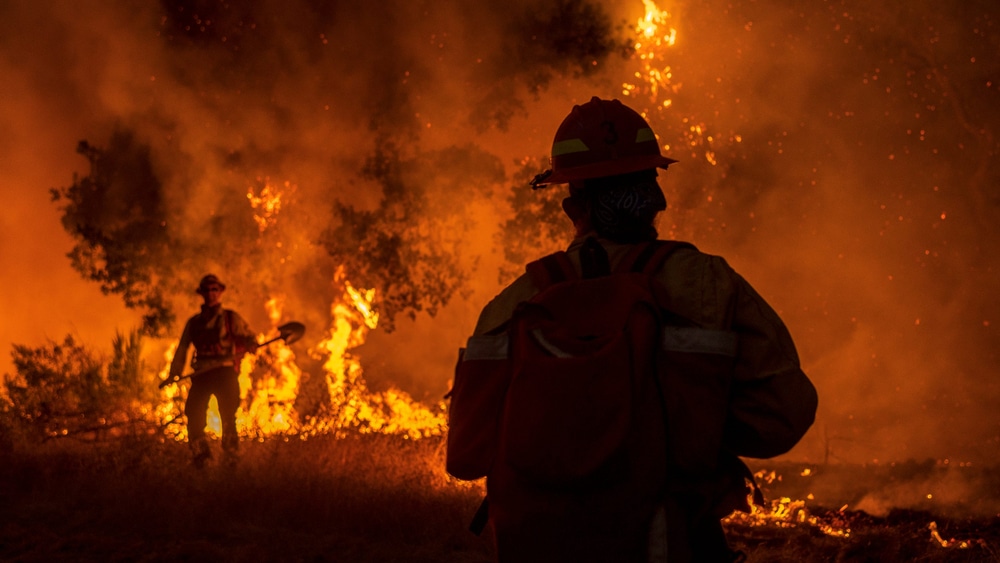 According to the latest report from Reuters, Crews, and officials battling a large fire that has incinerated more than 190,000 acres (77,000 hectares) in northern California braced for the possibility on Sunday that smoke columns could spawn lightning storms capable of igniting more blazes.

According to the SFG, The Fire has been burning in remote forestland 230 miles northeast of San Francisco for more than a week, and on Saturday the raging monster merged with the smaller Fly Fire, entering communities and devouring multiple homes.

The state’s largest wildfire in 2021 so far had already leveled over a dozen houses and other structures when it tore through Indian Falls after dark. Some structures in this Plumas County neighborhood about 13 miles north of Quincy burned, but many were also saved.

“Devastating,” wrote one Twitter user, commenting on a video showing firefighters trying to put out flames engulfing a home. An updated damage estimate was not immediately available, though the U.S. Forest Service pinned the blaze at 190,625 acres, or 297 square miles, on Sunday. That’s nearly six times the size of San Francisco. It’s 21% contained. The fire is the 16th largest fire ever in California, according to Cal Fire data.

CBN News stated that Meanwhile, the nation’s largest wildfire, southern Oregon’s Bootleg fire, was nearly halfway surrounded Saturday as more than 2,200 crew members worked to corral it in the heat and wind, fire officials said. The growth of the sprawling blaze had slowed, but thousands of homes remained threatened on its eastern side, authorities said.

“This fire is resistant to stopping at dozer lines,” Jim Hanson, fire behavior analyst, said in a news release from the Oregon Department of Forestry. “With the critically dry weather and fuels we are experiencing, firefighters are having to constantly reevaluate their control lines and look for contingency options.”

In California, Gov. Gavin Newsom has declared a state of emergency for four northern counties because of wildfires that he said were causing “conditions of extreme peril to the safety of persons and property.” The proclamation opened the way for more state support.