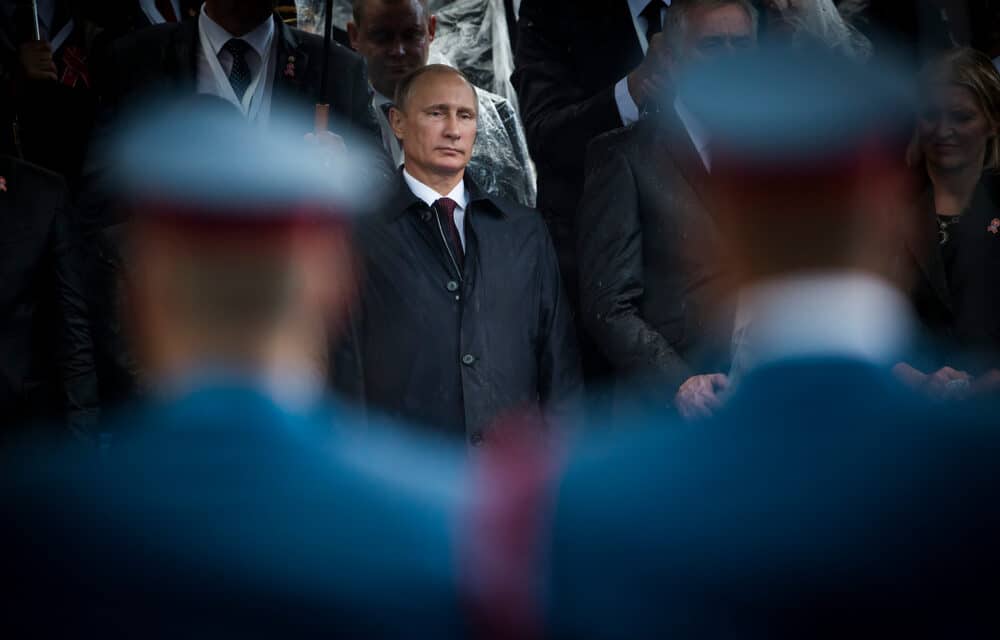 (TheSun) – Vladamir Putin has bragged his war machine can now deliver an “unpreventable strike” against its enemies as he paraded his naval might. The Russian strongman’s boast comes days after military officials announced tests of advanced new hypersonic weapons — from an arsenal Putin has described as “invincible”.

Putin’s chilling warning follows an incident in the Black Sea in June when Russia said it had fired warning shots and dropped bombs in the path of a British warship HMS Defender to chase it out of Crimea waters.

Speaking at a parade of warships in St Petersburg yesterday, the president said: “The Russian navy today has everything it needs to guarantee the protection of our country and our national interests.

“We are capable of detecting any underwater, above-water, airborne enemy and, if required, carry out an unpreventable strike against it.” Putin added Russia had secured its place among the world’s leading naval powers, including by developing “the latest hypersonic precision weapons still unrivaled in the world”.

The United States, China, France, and other major powers have announced plans to develop their own hypersonic weapons and are expected to soon catch up. But with the second-largest arsenal of nuclear weapons in the world and a huge cache of ballistic missiles, Russia already has more than enough military capacity to deter its enemies.

The naval parade attended by Putin saw more than 50 vessels in St. Petersburg, which included ships from the navies of Iran, Pakistan, and India. The Iranian frigate Sahand, which sailed down the Neva River in the parade, and the sea-based vessel Makran attracted attention from naval observers due to their unusually long voyages to Russia.