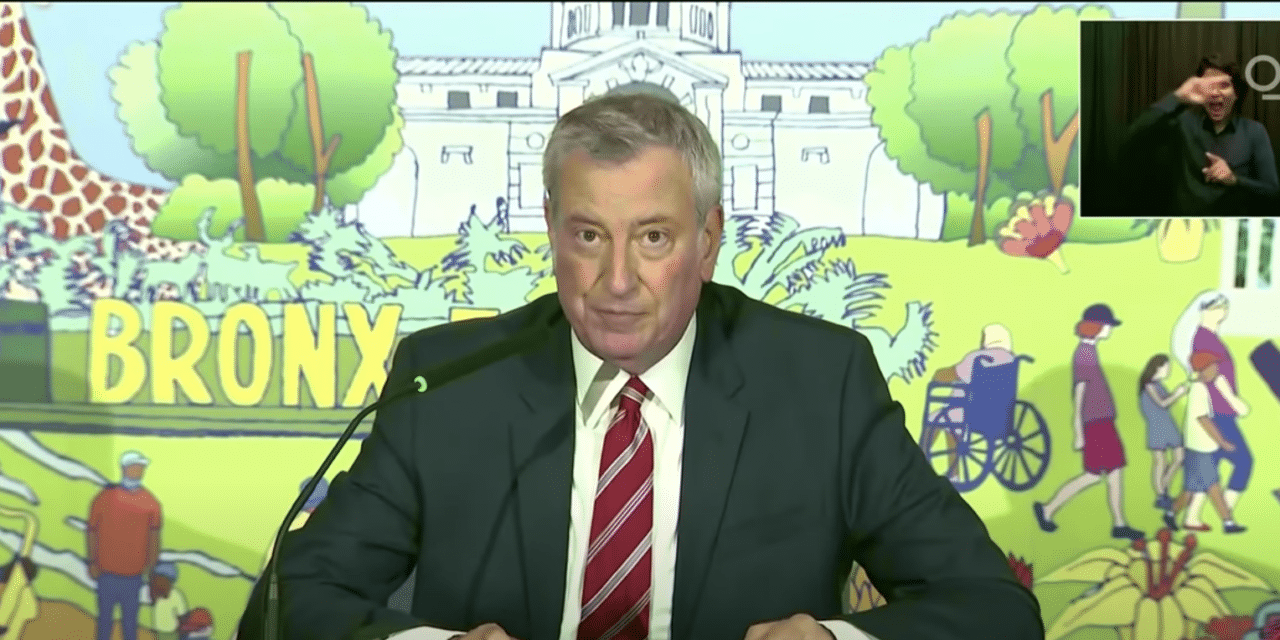 (OPINION) ETH – New York City Mayor Bill De Blasio just announced on MSNBC that the time for voluntarily getting the COVID vaccine is now over. “We’ve got to shake people at this point and say, ‘Come on, now,’” he said.

“We could not have been more kind and compassionate as a country — free testing, everywhere you turn, incentives, friendly warm embrace.” De Blasio went on to say “The voluntary phase is over,” he declared. “Voluntary alone doesn’t work. It’s time for mandates.”

“We’ve got to shake people at this point and say ‘c’mon now.’ We tried voluntary. We could not have been more kind and compassionate as a country…free testing, incentives, friendly warm embrace — the voluntary phase is over.” pic.twitter.com/9Ulgs7ISjz

This follows de Blasio expanding New York City’s vaccine mandate to include all city workers on Monday. Starting this fall, employees who have not provided proof of COVID-19 vaccination must test weekly for the virus according to 4 New York.

The new vaccine mandate begins with city employees who work in congregate settings. That group, roughly 45,000 workers, will have to start testing weekly if they have not received their dose of the vaccine by Aug. 16.

“This is about our recovery. This is about keeping people safe, making sure our families get through COVID okay,” de Blasio said. “September is the pivot point of the recovery, September is when many employers are bringing back a lot of their employees. It’s when schools start full-strength, it’s when people come back from summer.”

The city plans to launch a new app to track COVID testing results. Set to launch for both iPhones and Androids, the app will hold testing results for up to seven days (meeting the city’s new weekly mandate) before expiring. All data lives on an individual’s phone and is not delivered anywhere else, city officials explained.