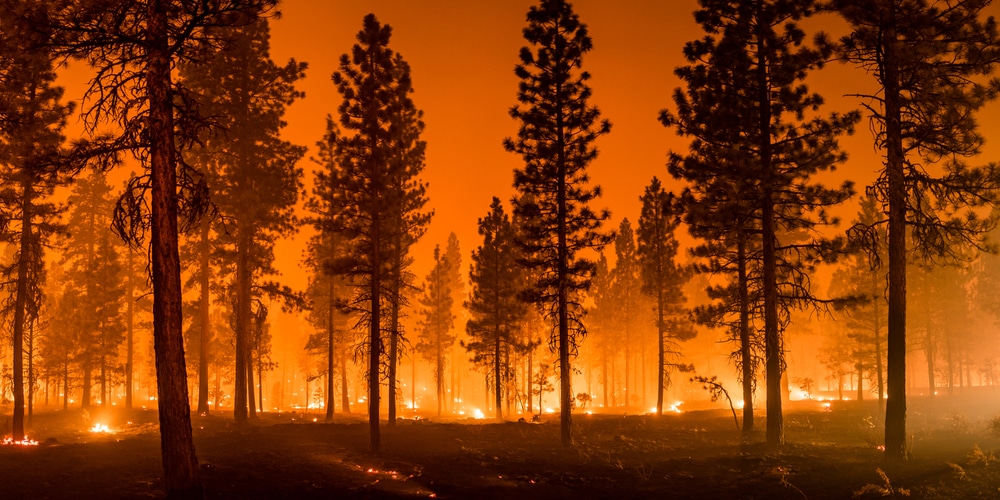 Firefighters were working in extreme temperatures across the U.S. West and struggling to contain wildfires, the largest burning in California and Oregon, as another heatwave baked the region, straining power grids.

The largest wildfire of the year in California — the Beckwourth Complex — was raging along the Nevada state line and has burned about 140 square miles (362 square kilometers) as of Monday morning and state regulators asked consumers to voluntarily “conserve as much electricity as possible” to avoid any outages starting in the afternoon.

In Oregon, the Bootleg Fire exploded to 240 square miles (621 square kilometers) as it raced through heavy timber in the Fremont-Winema National Forest, near the Klamath County town of Sprague River. The fire disrupted service on three transmission lines providing up to 5,500 megawatts of electricity to neighboring California.

A wildfire in southeast Washington grew to almost 60 square miles (155 square kilometers) while in Idaho, Gov. Brad Little has mobilized the National Guard to help fight fires sparked after lightning storms swept across the drought-stricken region.

The blazes come as the West is in the midst of a second extreme heatwave within just a few weeks and as the entire region is suffering from one of the worst droughts in recent history. Extreme heat warnings in California were finally expected to expire Monday night. READ MORE