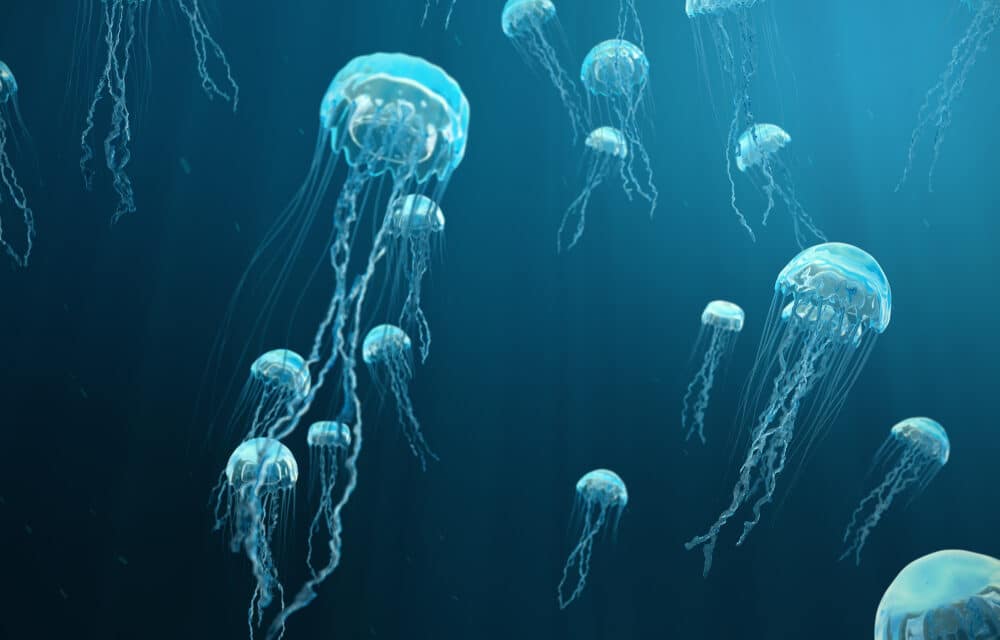 A mysterious gathering of jellyfish continues to grow along the Rhode Island coast, prompting state officials to warn about the increasing threat of painful stings.

Atlantic Sea Nettles are congregating in the coastal Ninigret and Green Hill Ponds, according to a statement issued Tuesday by the Rhode Island Division of Fish and Wildlife Outdoor Education. State biologists are monitoring the little-understood phenomenon — and reporting it is getting worse.

“In the past month, their population has increased to the thousands as water temperatures have risen,” the department said in a Facebook post. “While their high abundance in the ponds this summer is not fully understood, their numbers are expected to decline as the summer goes on.

”Rhode Island Department of Environmental Management officials is warning the public to “use common sense and caution” when entering coastal ponds in the region. The popular ponds are separated from the ocean by thin strips of  beach, but remain accessible to sea creatures via narrow inlets. “Folks who plan on recreating in the coastal ponds this summer are encouraged to carry a first-aid kit with vinegar in case of a jellyfish encounter,” the state said. READ MORE