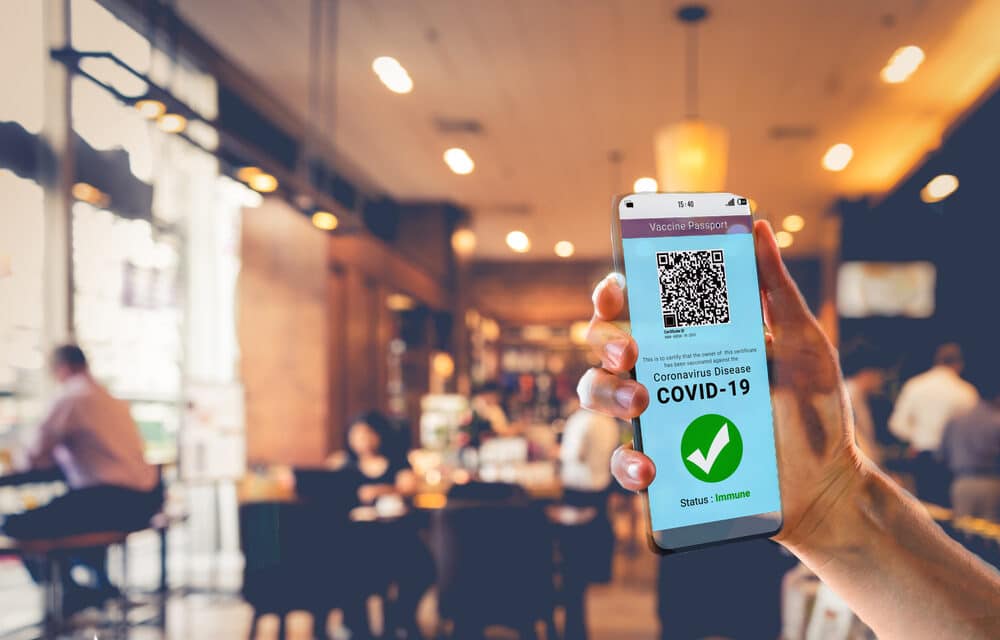 (ETH) – With the highly infectious delta variant of the coronavirus spreading through Washington state, at least 60 Seattle bars and restaurants as of Friday afternoon are requiring customers to prove they have been vaccinated to eat or drink on their premises according to the Seattle Times.

The self-imposed mandate is headlined by many big names on Capitol Hill including The Unicorn, Linda’s Tavern, Rumba, and Canon, and it comes as the state faces a fifth wave of infection. At least a dozen bars temporary shut down last week after their employees had tested positive for COVID-19 or came into contact with an infected person. That led many bar owners to announce over social media that proof of vaccination will now be required to dine or drink on their premises.

“No shirt, no shoes, no vaccine, no entry,” said Linda Derschang, who owns Linda’s Tavern and Oddfellows Cafe + Bar on Capitol Hill and King’s Hardware in Ballard. “This is about protecting our staff and protecting our guests,” said Derschang, who was checking COVID-19 vaccine cards on Thursday in front of her Ballard dive.

The French Quarter restaurant and wine bar Effervescence announced a similar change in policy starting Friday for indoor dining. And in the Warehouse District, the steakhouse La Boca will begin its own vaccination requirement policy on Tuesday. Other local restaurant and bar operators have said they are mulling similar policies but have not finalized plans.

“It’s safer for us, and it’s safer for everyone,” said Effervescence owner Crystal Hinds. “My hope is that by people taking this step, the artists and venues and restaurant community, we’ll prevent a shutdown. I don’t know how many of our businesses could survive another shutdown if it came to that.”

Restaurant owners acknowledge that the move could mean losing business from people who are not vaccinated or who take umbrage at their policy. However, they say they want to contribute to a speedier end to the virus surge while keeping their businesses open and people working.

In New York, Mayor Bill de Blasio says “all options are on the table” when it comes to possibly require vaccines for patrons at restaurants across New York City according to fox 5. “We need mandates,” de Blasio said in a TV interview on Friday morning.

He made the comments a day after famed New York City restaurateur Danny Meyer said he would require all employees and customers to show proof of vaccination before working, eating, or drinking inside any of his restaurants. Meyer owns 18 locations, including hot spots Gramercy Tavern and Union Square Cafe.  Employees who were not currently vaccinated had 45 days to do so or find a new job, said Meyer.