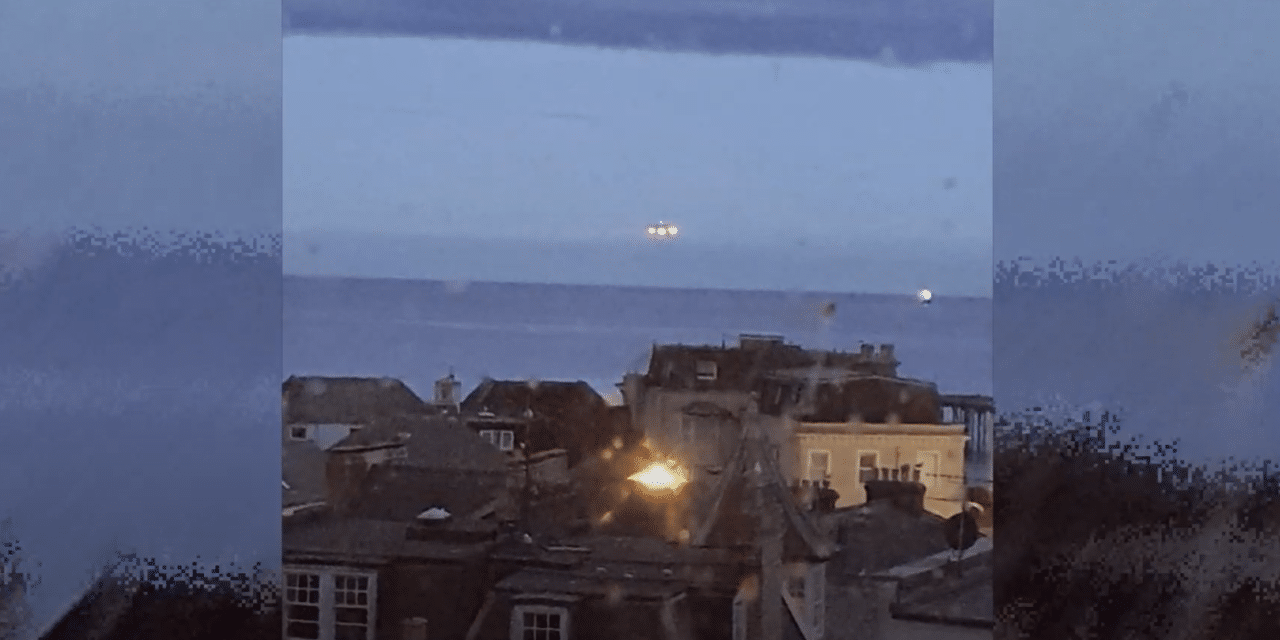 A student claims he was left shocked after spotting what he described as a large UFO hovering “for 10 seconds” over a seafront in Devon. Matthew Evans, 36, says he spotted the bright unidentified object while looking out of his top-floor flat window in Teignmouth last week.

Photos taken by Evans appear to show four bright lights in a triangular-shaped formation lingering in the night’s sky. The student managed to get out his phone to take a picture but within seconds it had shot off into the distance. Evans said: “I couldn’t help but see it. My kitchen window gives a great view of the sea so when it came across the horizon.

“It wasn’t moving like a plane would. It was moving a lot slower and went up and down for a bit before hovering for a good 10 seconds. “It stayed in one spot long enough for me to pull out my phone and get those snaps.

“Then it quickly zoomed off at some speed and I couldn’t see it anymore. “The light was really bright. I just didn’t know what it could be so I decided to take a picture. “I’m not quite losing my marbles yet. But it’s hard to place it so I suppose it is an unidentified flying object.” READ MORE