A Man claimed he died for 23 minutes and was ‘Pulled into hell’, where he saw a ‘pit of burning bodies’ 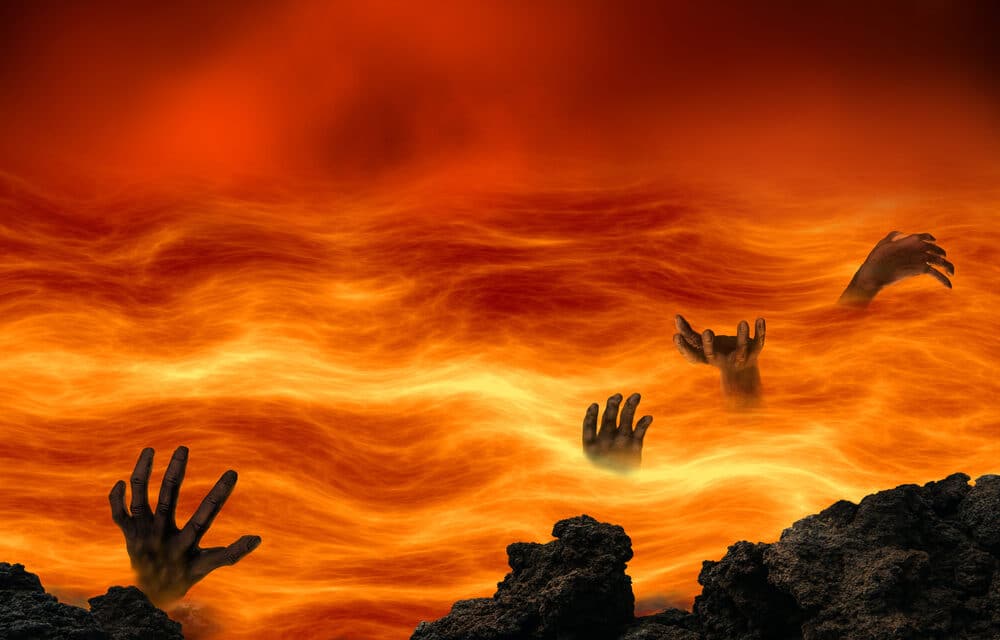 (OPINION) – A Man claims he died for 23 minutes and was “pulled into the depths of hell” where he saw a “pit of burning bodies”. Bill Wiese spoke of his horrifying ordeal and claimed he met two “ferocious” demons that “tore his flesh open” during his visit.

He told Christian broadcaster TCT Network that he had an out-of-body experience when he woke up in the middle of the night to get a drink. He said he was pulled from his body and then dragged to hell through a long, dark tunnel.

He said: “It was getting hotter and I landed on a stone floor in a prison cell in hell. There were stone walls, bars it was more like a dungeon – a filthy, stinking, smoke-filled dungeon.

The spooky encounter with the firey world happened in November 1998 and he has since penned a book about his ordeal – selling over a million copies. He continued: “The heat was so unbearable, I wondered how could I be alive. Why am I here, how did I get here?”

But Bill wasn’t alone, he claimed that he met two enormous demons with a “ferocious demeanor” in the prison cell and they were pacing around and blaspheming. He explained: “And then they directed this hatred they had towards god towards me. One demon picked me up and threw me into the wall of this prison cell. I felt as if bones had broken. Now I know a spirit doesn’t have bones, but it felt that way. READ MORE