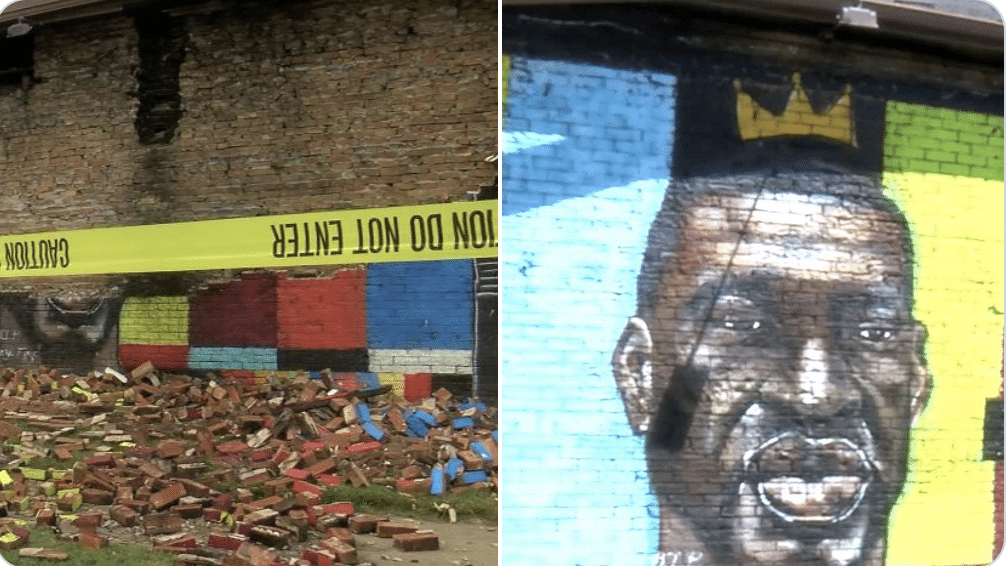 A mural honoring the memory of George Floyd in Toledo, Ohio has collapsed after being struck by lightning Tuesday. According to CBS affiliate WTOL, local officials responded to the Summit and Lagrange Streets after a bolt of lightning struck the side of a building with the mural.

The brick wall, along with a major section of the mural, then collapsed into rubble.  The piece was created by artist David Ross a year ago. He said it stands as a memorial and reminder to never forget the day Floyd died.

A mural honoring the life and legacy of George Floyd in Toledo, OH was destroyed by a lightning strike Tuesday, according to local officials. pic.twitter.com/hKqf0J4DQL

George Floyd died on May 25, 2020, after former Minneapolis police officer Derek Chauvin kneeled on his neck during an arrest. Chauvin has since been sentenced to over 20 years. Floyd’s death sparked cries for racial equality and reform, which continue to this day. READ MORE