Kidnapper chases female, drags her out from under vehicle, carries her over his shoulder and drives off with her — and bystander feet away does nothing 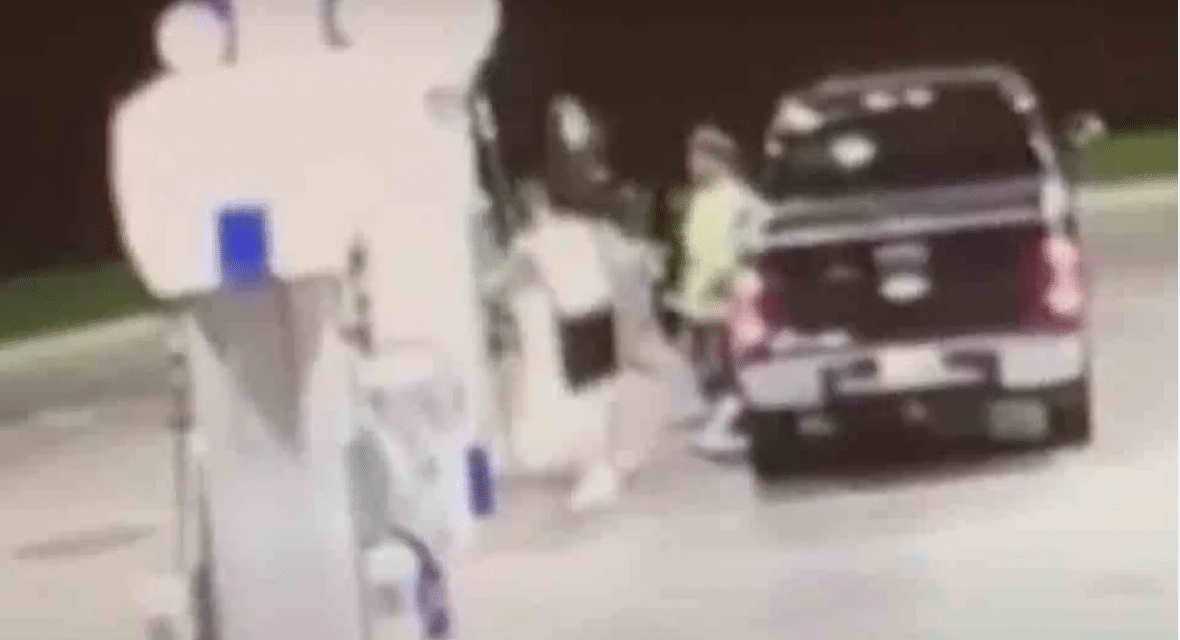 It’s disturbing enough to watch the video of a kidnapper chasing a female at a Utah convenience store gas station, dragging her out from under a vehicle, and then placing her over his shoulder as he walked away.

But almost as unsettling is the fact that the culprit did it all in front of a bystander who did not intervene while apparently pumping gas just feet away. In fact, it was the bystander’s vehicle the female ran toward and crawled under, KSL-TV reported. The incident took place at about 10:30 p.m.

Friday night at a Miniature Mart Gas Station in South Salt Lake, a reporter for the station tweeted, adding that victim was believed to be 16 years old: But after more information gathering, authorities learned the victim is actually 35, KSL reported. “Witnesses at the scene described the victim in this case as possibly a teenager,” Danielle Croyle, public information officer with the South Salt Lake Police Department, told the station.

“In addition to that, a shoe was left at the scene, which was a size three. So with that limited information, we did not have a name or a date of birth.” Croyle added to KSL that “a couple of witnesses reported hearing her yell, ‘Help! Please help me, help me!'” The suspect then shoved her into a stolen Nissan Pathfinder, the station said. READ MORE