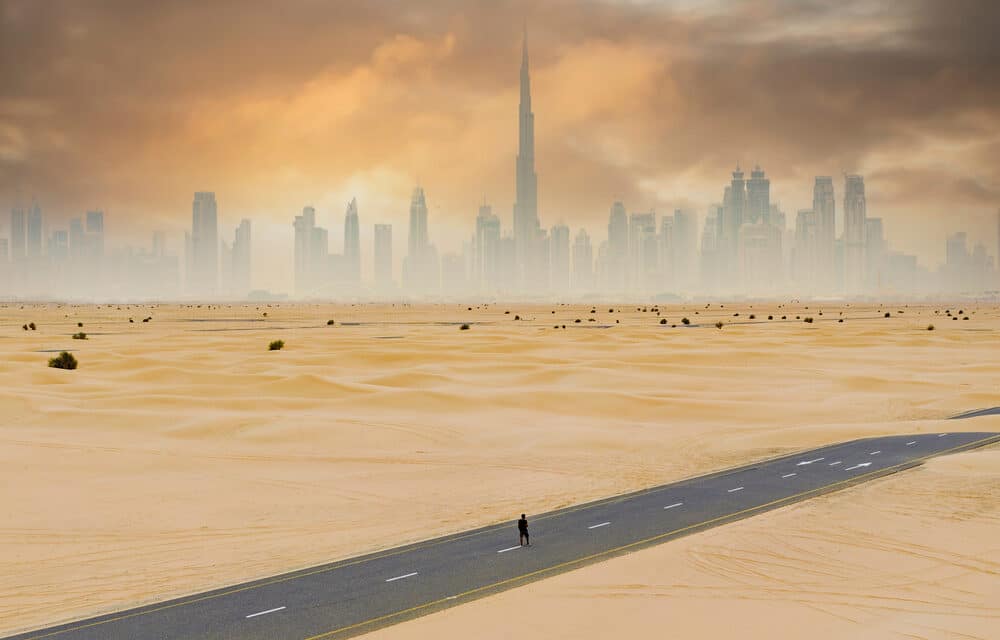 With temperatures in Dubai regularly surpassing 115 degrees Fahrenheit, the government has decided to take control of the scorching weather. Scientists in the United Arab Emirates are making it rain — artificially — using electrical charges from drones to manipulate the weather and force rainfall across the desert nation.

Meteorological officials released video footage this week showing a downpour over Ras al Khaimah, as well as several other regions. The new method of cloud seeding shows promise in helping to mitigate drought conditions worldwide, without as many environmental concerns as previous methods involving salt flares.

Annually, the United Arab Emirates receives about 4 inches of rain per year. The government is hoping that regularly zapping clouds to generate rain will help to alleviate some of the arid nation’s annual heatwaves.

According to research from the University of Reading in the U.K., scientists created the storms using drones, which hit clouds with electricity, creating large raindrops. The larger raindrops are essential in the hot country, where smaller droplets often evaporate before ever hitting the ground.

“It’s moving to think that the rainfall technology I saw today, which is still being developed, may someday support countries in water-scarce environments like the UAE,” Mansoor Abulhoul, Ambassador of the United Arab Emirates to the U.K., said during a visit to the University of Reading in May, where he was shown demonstrations of the new technology. READ MORE