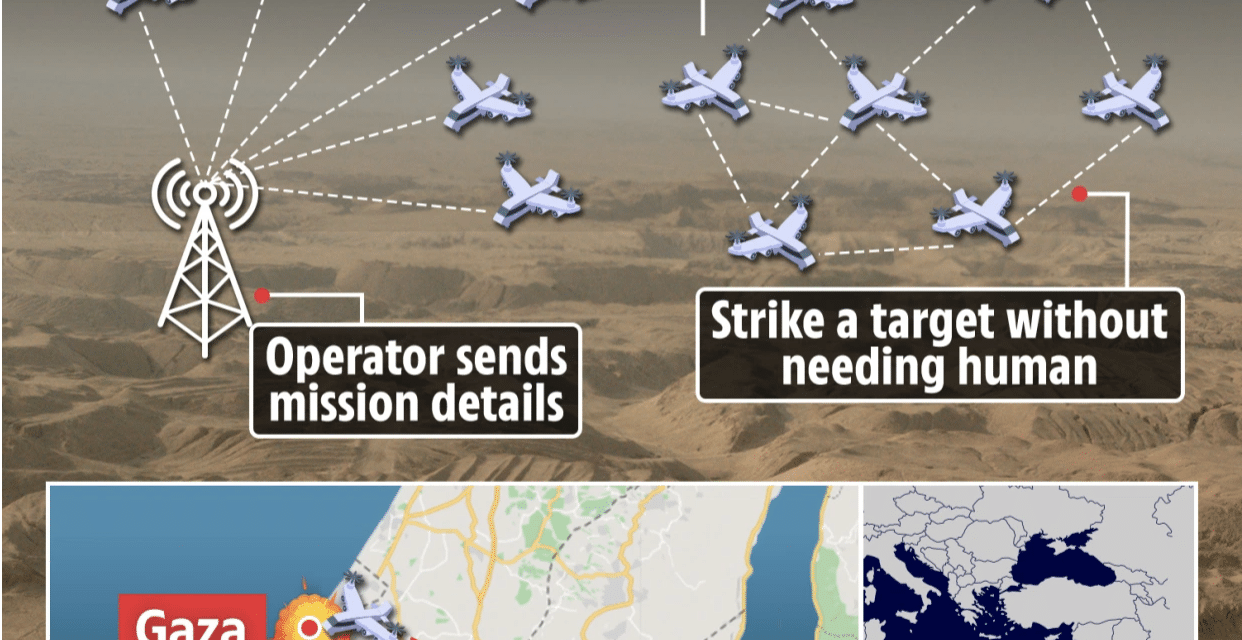 Israel used the first-ever drone swarm deployed in battle to hunt down Hamas terrorists, it was reported. The drones have no human input but instead, link together using artificial intelligence to seek out their targets.

Hamas began firing rockets into Israel after protests by Palestinians in May, prompting an 11-day conflict in which 256 people were killed in Gaza and 13 in Israel. During the violence, the Israeli military says that more than 4,300 rockets were fired from Gaza towards towns and cities.

Israel retaliated with airstrikes and artillery but didn’t deploy ground forces in its battle with the terrorists. It now emerged Israeli forces used drone swarms in to target Hamas, New Scientist reports. Arthur Holland of the United Nations Institute for Disarmament Research said that “if confirmed, they are certainly a notch up in the incremental growth of autonomy and machine-to-machine collaboration in warfare”.

Drones have previously been directed by a single operator who ‘fly’ the aircraft from a remote base. But in recent years, militaries have been working on developing Artificial Intelligence that allows the drones to work together without the need for an operator. READ MORE