Huge magnitude 7.0 earthquake strikes off the coast of Panama 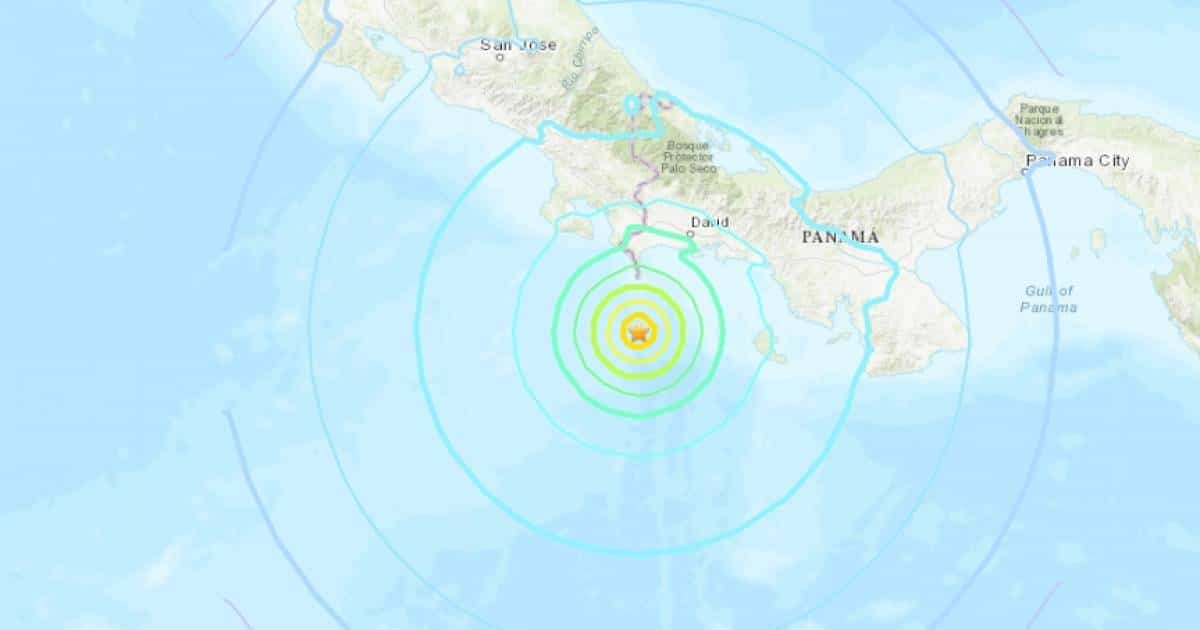 The United States Geological Survey (USGS) said the quake struck 49 km south of Punta de Burica in Panama at a depth of 10 km. The National Oceanic and Atmospheric Administration have said there is no current threat of a tsunami.

Historically, Panama has very rarely been affected by tsunamis.  In total there have only ever been 4 classified tidal waves since 1882, resulting in the deaths of 100 people.

The biggest tsunami officially recorded was in September 1882, according to data provided by world data.info A tidal wave up to three metres high crashed onto land and wiped out 100 people, as well as destroying vast areas. The strongest earthquake in Panama happened on July 26 1962 and measured 7.4 on the Richter scale.

Fortunately, the tremors did not cause substantial damage to buildings or loss of life. However, a few days later on July 30 1962 in neighbouring Colombia, there was another major earthquake measuring 6.5 on the Richter scale. This time around 47 people were killed and some 300 were injured. READ MORE