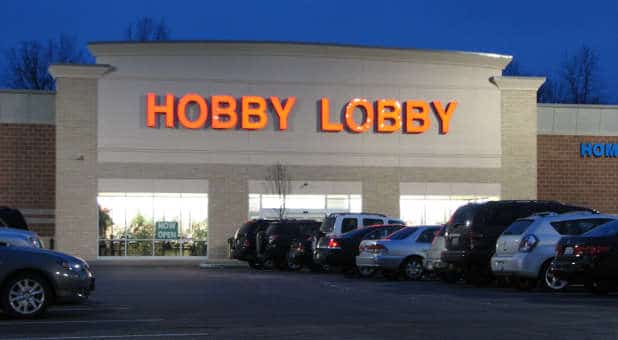 (OPINION) – On July Fourth, Hobby Lobby took out a full-page ad in multiple newspapers featuring a prominently placed verse from the Bible along with numerous, pro-Christian, pro-Bible quotes from our Founding Fathers and other key leaders in our history. It then closed with an appeal to seekers to find out more about Jesus. The response has been quite shrill, if not downright hysterical. But is the response in any way justified?

According to a headline on the popular gay atheist blogsite, Joe My God, “Hobby Lobby Goes Full Dominionist In July 4th Ad.” A viral tweet claimed, “Hobby lobby took out a full-page ad in the Register-Guard this morning. Talking about how America should only be led by Christians. Absolutely frightening.”

And still another tweet (and there are more cited by Joe My God) claimed, “Hobby Lobby’s owners should look at the US Constitution. There’s no litmus test for religion to hold public office. And there’s surely no mandate for a theocracy.

“Also, they might want to review the 10 Commandments since they’re fond of stealing artifacts from other countries.” Snopes.com actually devoted a page to examining whether it was true that, “On Independence Day in 2021, Hobby Lobby crafts store placed an ad in several newspapers that read: ‘One Nation Under God.'” (The verdict: yes, it’s true!)

But what does the ad actually say? Is Hobby Lobby guilty of preaching dominionism? Of suggesting that only Christians can run for office? That America should only be led (or populated) by Christians? The Hobby Lobby website provided a link to the ad with options to download a JPEG or PDF version, so anyone can check out the content and read it for themselves. READ MORE