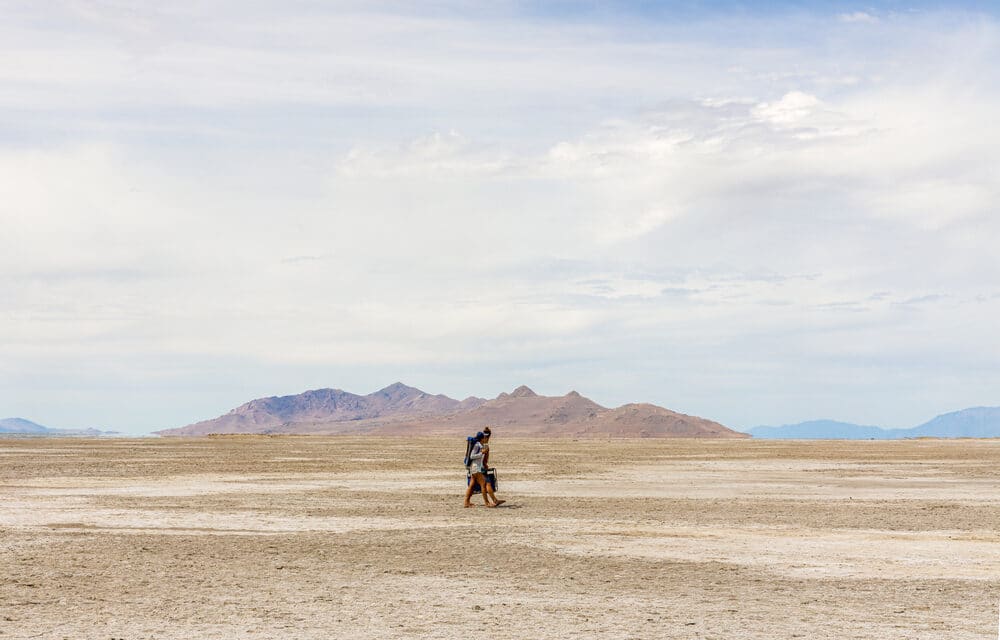 The Great Salt Lake is also known as America’s Dead Sea — owing to a likeness to its much smaller Middle Eastern counterpart — but scientists worry the moniker could soon take a new meaning.

Human water consumption and diversion have long depleted Utah lake. Its level today is inches away from a 58-year low, state officials say, and Western drought conditions fueled by the climate crisis have exacerbated conditions. The worst part? It’s only July, and the lake historically doesn’t reach its annual low until October.

Lucy Kafanov of CNN and Kevin Perry ride bikes Tuesday on the dry lake bed playa of the Great Salt Lake. “I have never seen it this bad — not in my lifetime,” said Andy Wallace, soaring over the body of water in a prop plane, as he’s done for years as a commercial pilot. Simply put, the largest salt lake in the Western Hemisphere is shrinking rapidly.

Left alone, the lake’s footprint would span 2,100 square miles — more than three times the area of Houston. An analysis published last year showed that water siphoned off the rivers that feed the natural wonder had reduced its level by 11 feet, depleting the lake area by more than half. “Twenty years ago, this was under about 10 feet of water,” said Kevin Perry, chairman of the department of atmospheric sciences at the University of Utah, as he rode a bike in July across the desiccated lake bed. MORE