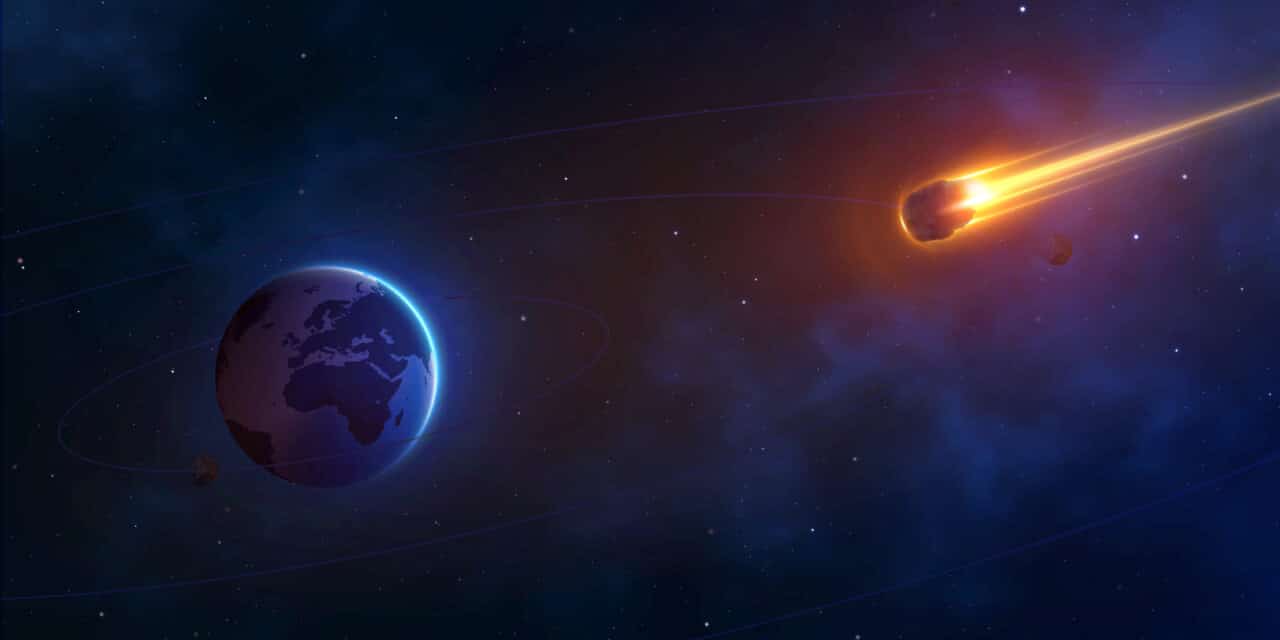 According to the Jerusalem Post, an asteroid the size of the Great Pyramid of Giza is set to fly by the Earth on Sunday, July 25, in what could be described as a relatively “close” approach, according to NASA’s Jet Propulsion Laboratory.

Dubbed 2008 GO20, the asteroid’s size has yet to be conclusively determined, but estimates place it between 97 to 220 meters, or 318 to 720 feet. For context, the Great Pyramid of Giza in Egypt, considered a monumental feat of architecture, has a height of 138 meters, or 450 feet. It could also be exponentially larger than the iconic Taj Mahal in India, which as a height of 73 meters, or 240 feet.

Due to flying so close to the Earth (about 2.8 million miles, or 4.5 million kilometers), the asteroid is considered potentially hazardous. However, this is not a significant risk, with the distance actually being almost 20 times the distance between Earth and the moon.

In reality, the Earth is considered completely safe from any danger from asteroids for the next century, according to NASA. In fact, asteroids frequently fly somewhat near the planet.

On July 31, another asteroid, dubbed 2019 YM6, will also approach the planet – this one being even larger than 2008 GO20, though will be even farther away. However, there is still the potential for danger, as gravitational tugs have the potential for changing an object’s path.

According to a report from Live Science, On its closest approach, the near-Earth asteroid, called 2008 GO20, will swing within 2.8 million miles (4.5 million kilometers) of our blue marble. It will be trekking at a whopping 18,000 mph (nearly 29,000 km/h), according to news reports.

The rock is estimated to be anywhere from 318 to 720 feet (97 to 220 meters) across. (The Great Pyramid of Giza stands at 450 feet, or 138 m, tall.) Any space rock larger than about 490 feet (150 m) across that is expected to make a shave with Earth within 4.6 million miles (7.5 million km) is considered a potentially hazardous asteroid (PHA); NASA’s Center for Near-Earth Object Studies monitors all PHAs. For comparison, that distance is 19.5 times the span between Earth and the moon.

And in reality, that distance doesn’t hold a candle to the closest known flyby by an asteroid (at least one that didn’t smash into us), which occurred on Aug. 16, 2020, when 2020 QG zipped just 1,830 miles (2,950 kilometers) above the Indian Ocean, Live Science sister site Space.com reported. Such little space rocks pose no danger to life on Earth.