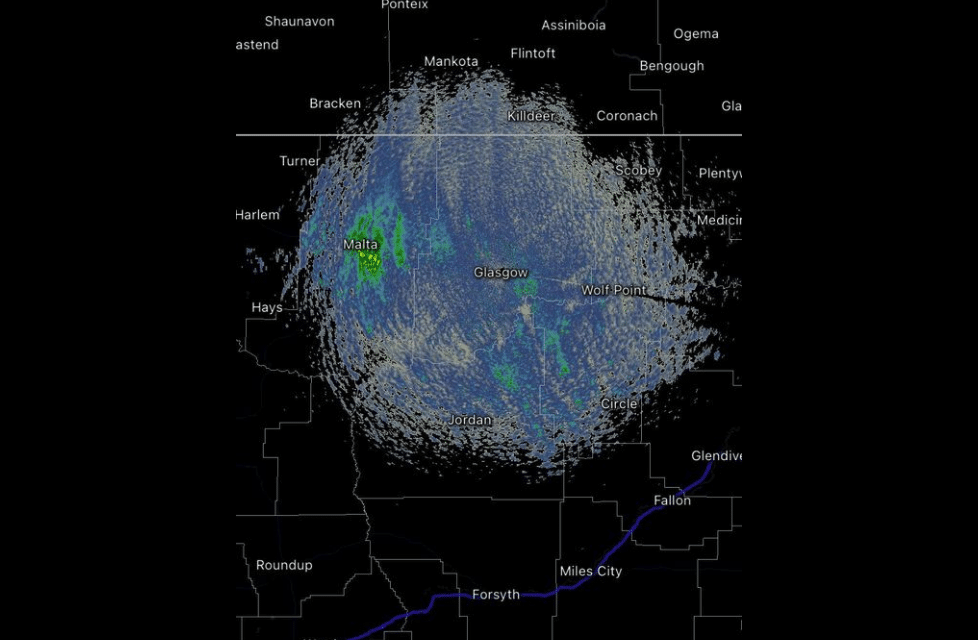 (OPINION) – I have written about this before, but this story just got a whole lot stranger. In previous years, most Americans haven’t been too concerned when giant swarms of insects have devoured crops on the other side of the globe, but now this is actually happening right here in the good old United States of America on a massive scale.

The hot, dry conditions in the western half of the nation have created ideal conditions for grasshoppers to flourish, and millions upon millions of them are now wreaking havoc wherever they go. In fact, the National Weather Service says that some of the grasshopper swarms are so large that they are showing up on radar…

The National Weather Service (NWS) Glasgow says the radar is lighting up, but not with rain. Instead, the radar is picking up “countless” grasshoppers in the area according to a post from the NWS. The grasshoppers are flying as high as 10,000 feet above the ground and are being picked up by the radar the NWS said. I have never heard of such a thing happening in this nation in my entire lifetime.

A massive population of grasshoppers is proliferating in the sweltering American west, where a deep drought has made for ideal conditions for grasshopper eggs to hatch and survive into adulthood. Agricultural production in the western half of the country was already going to be below expectations because of the endless megadrought, and now these grasshoppers are “steadily devouring” fields that farmers have meticulously cultivated. Not only that, grasshoppers are also eating much of what our cattle herds were supposed to be eating as well… READ MORE