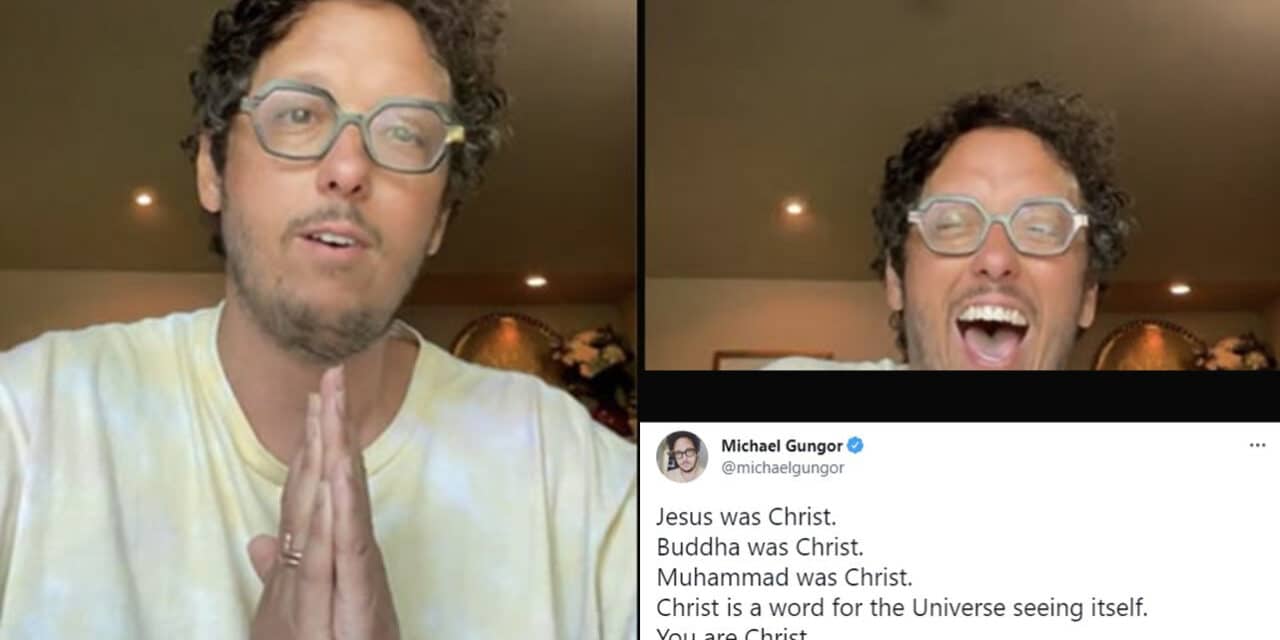 (OPINION) CL – Michael Gungor, who is one-half of the popular band Gungor, wrote a Twitter post on Friday, July 23, that ignited a furor of over 2600 comments. Gungor stated that Jesus is not only Christ, but Buddha, Muhammad, people, and the church body are also Christ.

In the resulting uproar, many commenters expressed disgust and dismay at Gungor’s comments, adding that they had sung his songs during worship services. Gungor and his wife Lisa make up their band Gungor, which was nominated for a 2011 Grammy for Best Rock or Rap Gospel Album and Best Gospel Song for the band’s album “Beautiful Things.”

Growing up a pastor’s kid likely contributed to Michael’s desire to lead worship at the megachurch Resurrection Life (now RESLIFE) in Grandville, Michigan. Gungor was 20 when he become the worship pastor and served for almost six years until 2006 when he and Lisa moved to Denver, Colorado, after feeling disconnected from the church.

In their pursuit of “figuring out” what it meant to be the church, the two started an outreach ministry, Bloom, which later became a house church ministry. Eventually, that turned into a worship gathering called Bloom that still meets on Sundays.

It was reported in a 2018 article that Michael doesn’t regularly attend church any longer and even spent an entire year embracing atheism. Michael Gungor’s tweet can be read as a universalist statement and was seen as just that by many readers. Gungor’s actual post read: “Jesus was Christ. Buddha was Christ. Muhammad was Christ. Christ is s word for the Universe seeing itself. You are Christ. We are the body of Christ.” READ MORE