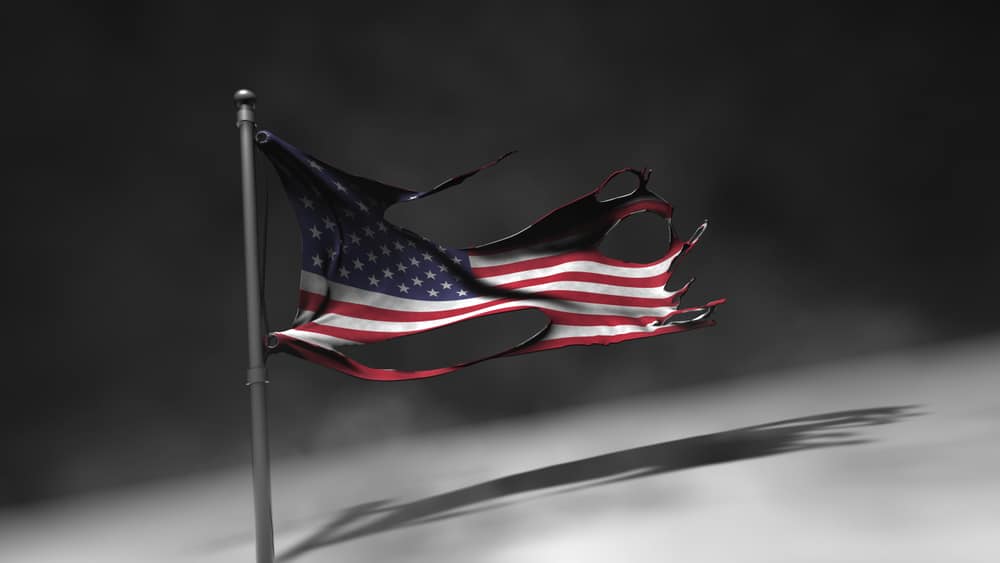 When one major political party starts labeling the other major political party as a “national security threat”, that should set off major alarm bells because that means that total tyranny is very near. Needless to say, Democrats and Republicans have always had bitter words for one another, but when you start calling the other side a “national security threat” that is taking things to an entirely different level.

(OPINION) – Miles Taylor, a former Department of Homeland Security (DHS) official, made the comment during a Thursday interview on MSNBC’s “The Reid Out.” “I’ve spent my whole career not as a political operative. I’ve never worked on a campaign in my life other than campaigning against Trump. I’m a national security guy. I’ve worked in national security against ISIS, al Qaeda and Russia,” Taylor said.

When we would capture a member of Al-Qaeda or ISIS, we would ship them off to Guantanamo Bay and torture them for months or even years. I always spoke out against such torture, because it was morally wrong. And I knew that eventually the same tactics would be used against Americans.

With each passing day, the U.S. is getting closer and closer to becoming an authoritarian regime. On Friday, we learned that the Biden administration has been regularly working with social media companies to censor the speech of people that are concerned about the safety of the COVID vaccines…

President Biden on Friday accused Facebook of “killing people,” just after White House press secretary Jen Psaki said the Biden administration is “in regular touch” with the platform to ensure correct “narratives” are promoted — elaborating on her Thursday admission that the White House is “flagging problematic posts” for the social media giant to censor.

Social media companies are private entities, and so they can theoretically argue that they have the right to determine what is allowed to be posted on their platforms.

But when the federal government colludes with social media companies to censor speech, that is a crystal clear violation of our First Amendment rights. As Glenn Greenwald has noted, if you support the Biden administration’s attempts to censor speech on social media platforms, that also makes you an authoritarian…

In an eight-tweet thread posted Thursday afternoon, Greenwald said this idea that a president’s administration can remove content it deems ‘problematic’ is dangerous. ‘If you don’t find it deeply disturbing that the White House is “flagging” internet content that they deem “problematic” to their Facebook allies for removal, then you are definitionally an authoritarian. No other information is needed about you to know that,’ Greenwald tweeted. MORE