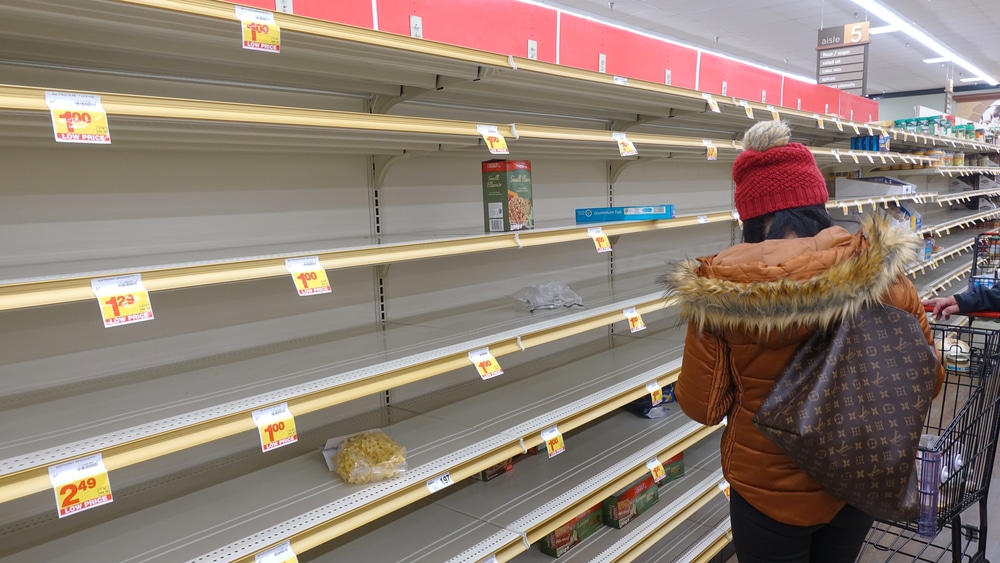 Britain’s supermarkets, wholesalers and haulers were struggling on Thursday to ensure stable food and fuel supplies after an official health app told hundreds of thousands of workers to isolate after contact with someone with COVID-19. Coronavirus cases in Britain have been broadly rising for a month, with more than 44,000 recorded on Wednesday.

British newspapers carried front-page pictures of empty shelves in supermarkets. Reuters reporters said food items were widely available in London shops although there were some shortages of bottled water, soft drinks, and some salad and meat products.

He said he did not recognize Sky’s characterisation of “bare” supermarket shelves. Britain’s second-largest supermarket group Sainsbury’s said customers would generally be able to find the products they want, though perhaps not every brand.

“We are working hard to ensure customers can find what they need,” said a Sainsbury’s spokesperson. “While we might not always have the exact product a customer is looking for in every store, large quantities of products are being delivered to stores daily and our colleagues are focused on getting them onto the shelves as quickly as they can.”

Prime Minister Boris Johnson’s bet that he could reopen England’s economy because so many people have been vaccinated has been tarnished by the “pingdemic” in which people have been told by the contact-tracing app to isolate for 10 days. READ MORE