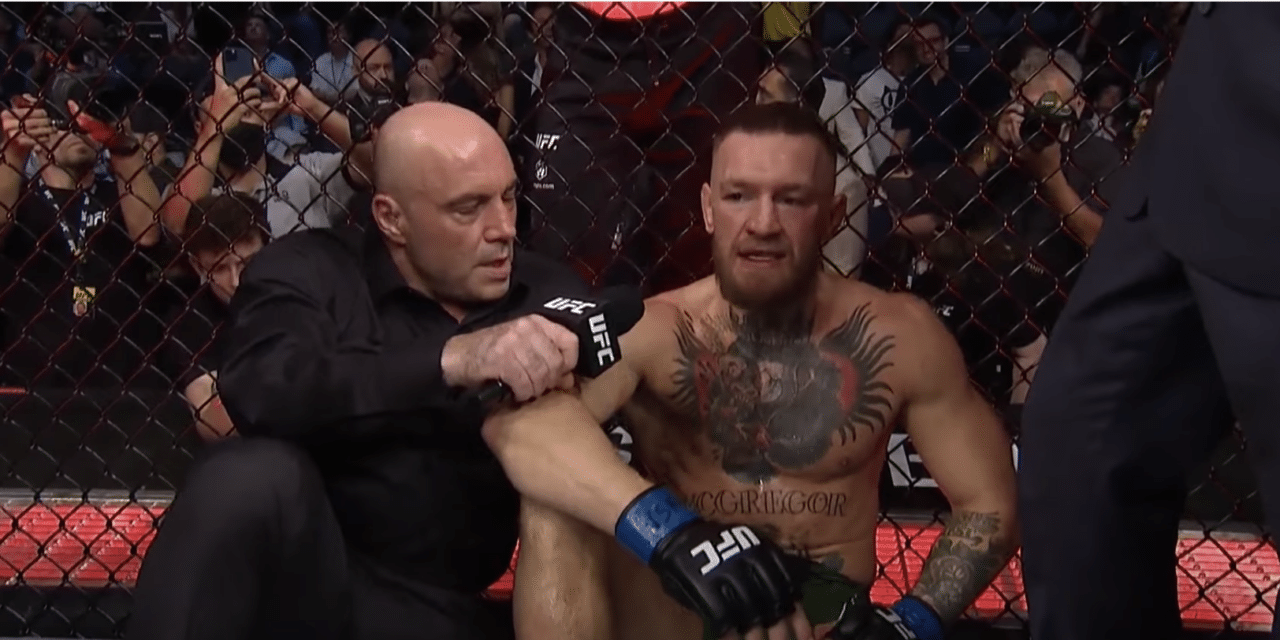 (OPINION) – The Irish UFC superstar Conor McGregor spoke with TMZ Sports back in 2015 and was asked how he would fair in a fight with Jesus Christ and his response sent a chill down many people’s spines.

According to the report, After initially being taken aback by the question, he responded with “Me versus Jesus in the Octagon? I tell you what, there’s not a man alive that can beat me,” said McGregor “But Jesus ain’t alive so I don’t f—–g know, maybe he can come back from the dead, I don’t know. I’d still whoop his a**.”

Fast forward 6 years later and McGregor was taken out of the lightweight fight on Saturday in the main event of UFC 264 on a stretcher after suffering a horrific broken leg that was very disturbing to even watch. According to the report from Yahoo News, McGregor was taking on Dustin Poirier in the match where this injury occurred. Of course, following the incident, many took to social media outlets and recalled the interview that McGregor had where he told the world what he would do to Jesus Christ in the ring if he was here.

McGregor isn’t the only celebrity who said shocking statements about Christ and it didn’t end well for them. For example, In an interview with an American Magazine, John Lennon of the Beetles said: ‘Christianity will end, it will disappear. I do not have to argue about that.. I am certain. Jesus was ok, but his subjects were too simple, today we are more famous than Him’ (1966). Lennon, after saying that the Beatles were more famous than Jesus Christ, was shot six times.

Then there was Ancredo Neves the President of Brazil, who during his Presidential campaign, said if he got 500,000 votes from his party, not even God would remove him from Presidency. Ironically, he got the votes but got gravely sick a day before his inauguration as President and died.

The famous actress, Marilyn Monroe was allegedly visited by Billy Graham during a presentation of a show where Graham said the Spirit of God had sent him to preach to her but after hearing what the Preacher had to say, she said: ‘I don’t need your Jesus’. A week later, she was tragically found dead in her apartment. There are many more examples but these are just a few in the past 40 to 50 years of many who mocked God and suffered tragic results. Was McGregor’s injury connected to his prideful statement that he uttered against Christ or not? You decide.