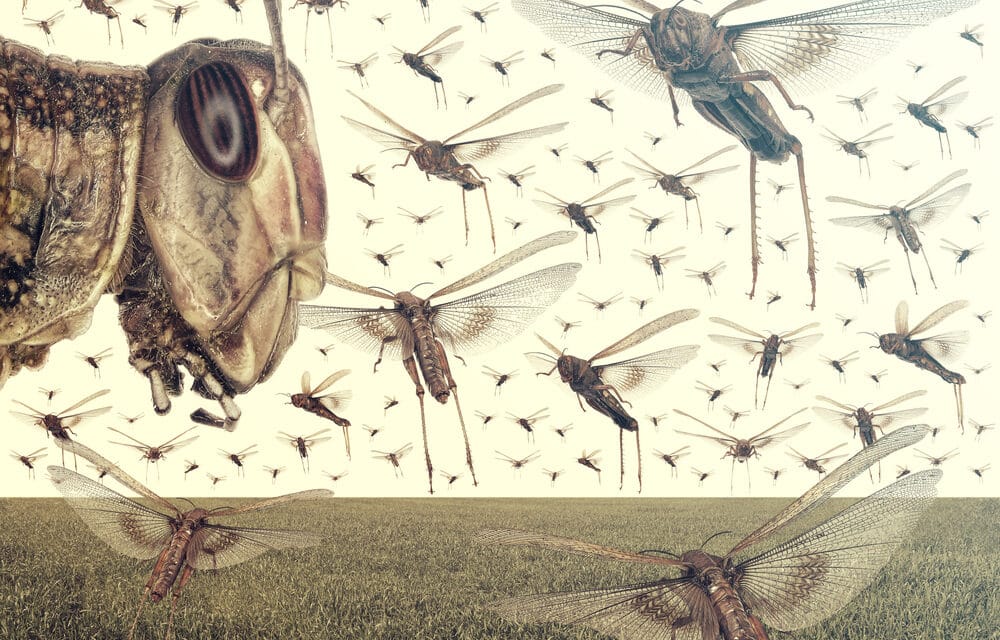 They’re arriving in swarms so dense it can appear the earth is moving. They’re covering roads and fields, pelting ATV riders, and steadily devouring grains and grass to the bedevilment of farmers and ranchers.

A massive population of grasshoppers is proliferating in the sweltering American west, where a deep drought has made for ideal conditions for grasshopper eggs to hatch and survive into adulthood.

“I can only describe grasshoppers in expletives,” said Richard Nicholson, a cattle rancher in Fort Klamath, a small community in southern Oregon, who once recalled seeing grasshopper bands eat 1,000 acres a day and cover the ground like snow. The insects cause innumerable headaches for farmers and ranchers, competing with cattle for tough-to-find wild forage and costing tens of thousands of dollars in lost crops and associated costs.

“They are a scourge of the Earth … They just destroy the land, destroy the crops. They are just a bad, bad predator.” Wildlife vets have reported big changes in the numbers of abandoned babies or injured animals brought into their centers and sightings – especially of bears.

Prolific though they are, the grasshoppers are not interlopers. Native to the western lands, they have been there for millions of years, their populations typically in check. They hatch as tiny versions of adults, so small about 50 can fit on a coin the size of a quarter. In average years, most die off before becoming the winged grownups that now buzz the rural skies.