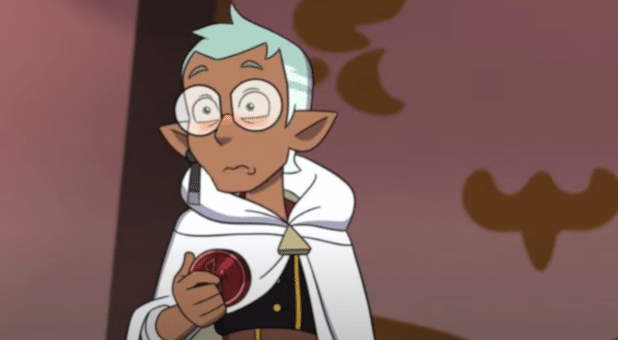 (Charisma) – The Walt Disney mass media company is at it again, and it is making television history. The organization introduced its first non-binary character in one of its Disney Channel series. Raine Whispers appeared in “Eda’s Requiem,” episode seven of season two of The Owl House on July 24.

The Owl House is a fantasy comedy that follows the story of a teenager in Connecticut who stumbles upon a portal to a magical realm and befriends a rebellious witch, Eda.

Non-binary identities fall under the transgender umbrella since non-binary people typically identify with a gender that is different from their assigned sex, although some non-binary individuals do not consider themselves transgender, Wikipedia says.

The character is voiced by non-binary actor Avi Roque, who considers the opportunity as a “dream come true,” Yahoo reported. He says the pronouns used to describe his character are they/them. READ MORE