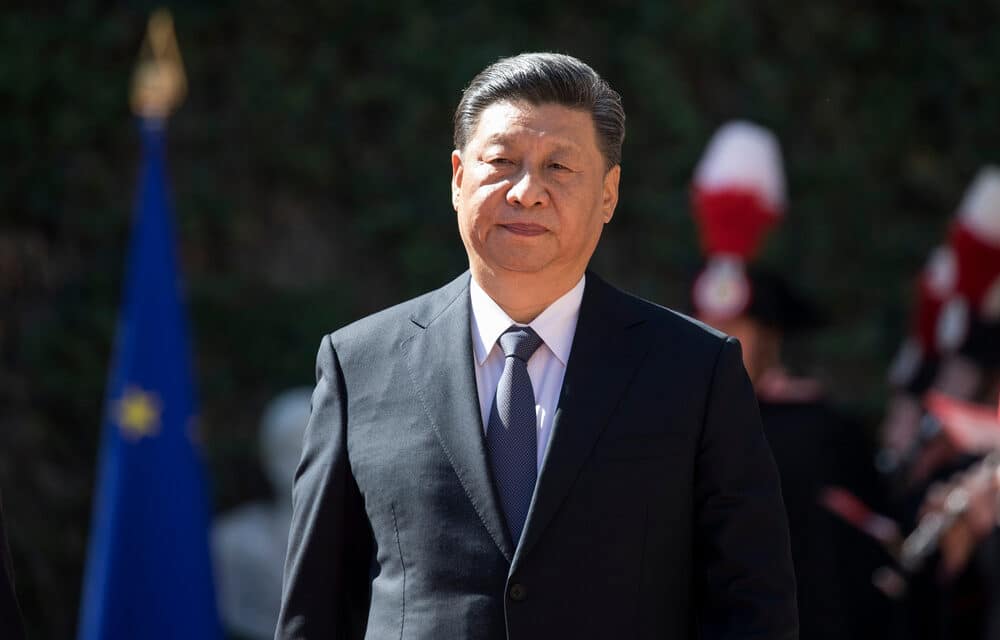 The Chinese premier made the comment during a speech on Thursday to mark the centenary of the ruling Communist Party (CCP). Addressing a crowd of people at Beijing’s Tiananmen Square, Mr. Xi condemned foreign powers that are trying to “bully” his country.

“Only socialism can save China, and only socialism with Chinese characteristics can develop China,” he said. “We will never allow anyone to bully, oppress or subjugate China. “Anyone who dares try to do that will have their heads bashed bloody against the Great Wall of Steel forged by over 1.4 billion Chinese people.”

He added: “No one should underestimate the resolve, the will and ability of the Chinese people to defend their national sovereignty and territorial integrity.” President Xi’s comments follow increasing tension over Taiwan and Hong Kong. In recent months, the US has increased its support for Taiwan which has enraged nationalist Chinese who see the sovereign nation as a breakaway province of China.

In addition, China has faced criticism over allegations of human rights abuses in Xinjiang and strict crackdowns in Hong Kong. During the CCP speech, the Chinese premier reaffirmed China’s “unbreakable commitment” to unifying with Taiwan. READ MORE