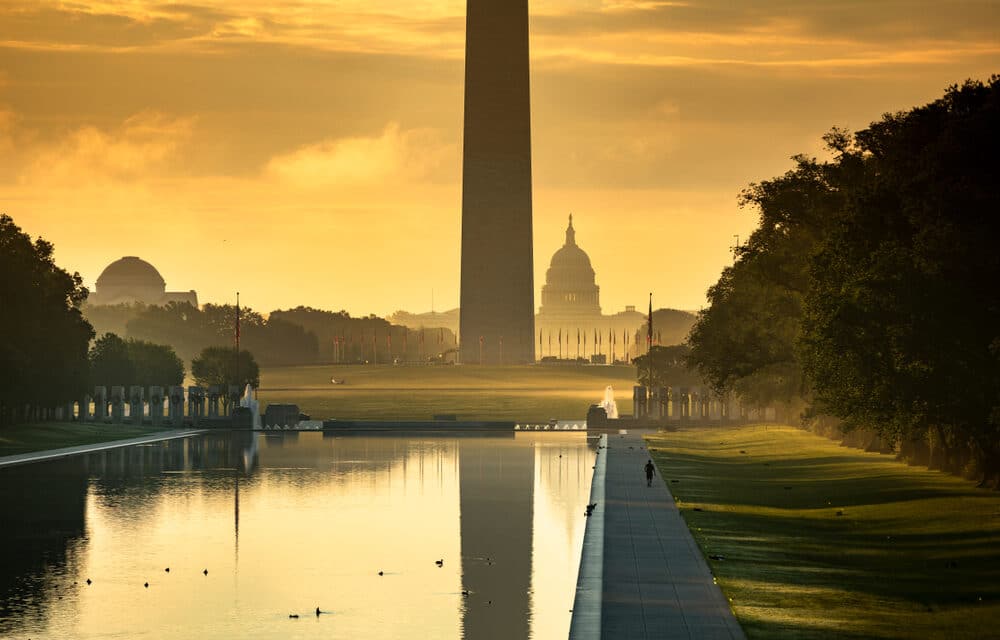 (ETH) – U.S. Capitol Police (USCP) was ordered to arrest visitors and staff who refuse to wear a mask on the House side of the Capitol complex, according to a new shocking report from Fox News who stated that a police memo issued by new USCP Chief Thomas Manger that was obtained by a member of Congress revealed the stunning info.

Police were also advised not to arrest members of Congress for failing to wear masks but to report the lawmakers’ noncompliance to the House sergeant-at-arms, the memo says. House members have been subjected to fines starting at $500 for skirting mask rules.


To be clear: Pelosi is directing police to ARREST vaccinated people who aren’t wearing masks.

Rep. Kat Cammack, R-Fla., got a copy of the memo distributed at Thursday’s morning roll call from an unnamed police officer, she told Fox News. Police she’s spoken to are “very uncomfortable” with this new directive that Cammack describes as “tyrannical.” “This is such an overstep of Speaker Pelosi’s authority to basically make our Capitol Police arrest staff members and report on members [of Congress],” Cammack told Fox News Thursday. “It’s absolutely unconscionable that this is where we’re at.”

According to the Daily Mail, Many Republicans have refused to wear masks, citing it as an issue of personal freedom, criticizing the Capitol physician over implementing a mask policy for the House and not the Senate, and arguing the science means vaccinated individuals shouldn’t have to mask up. 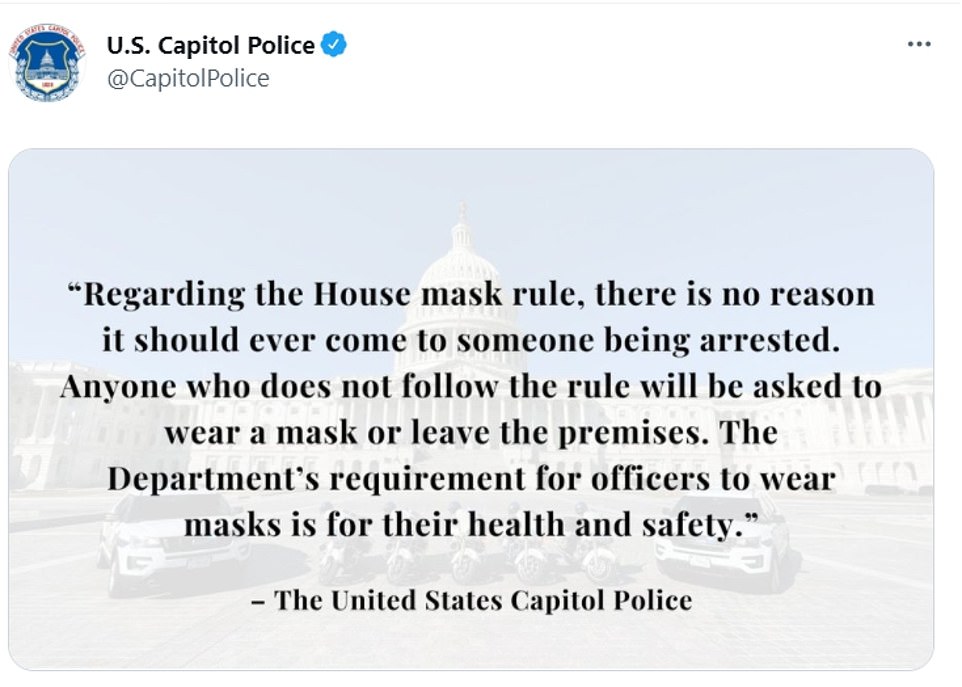 Several staffers and visitors were seen walking around the House side of the Capitol without masks on Thursday but were not arrested.  Additionally, several conservative Republicans gathered in the Capitol Rotunda without wearing face masks to protest the policy. ‘Arrest us,’ one shouted as their maskless staff recorded them to post the event to social media.

No one was arrested. The GOP lawmakers marched to the Senate side of the Capitol, which does not have a face mask requirement. Nearly 100 percent of the Senate is vaccinated.  Republican Rep. Thomas Massie told reporters they walked across the Capitol building ‘for a taste of freedom.’ ‘You don’t have to wear a mask on the Senate side,’ he pointed out. Many House Republicans blasted Pelosi for the ‘tyrannical’ directive, but the Democrat’s office responded that she ‘does not control the US Capitol Police.’