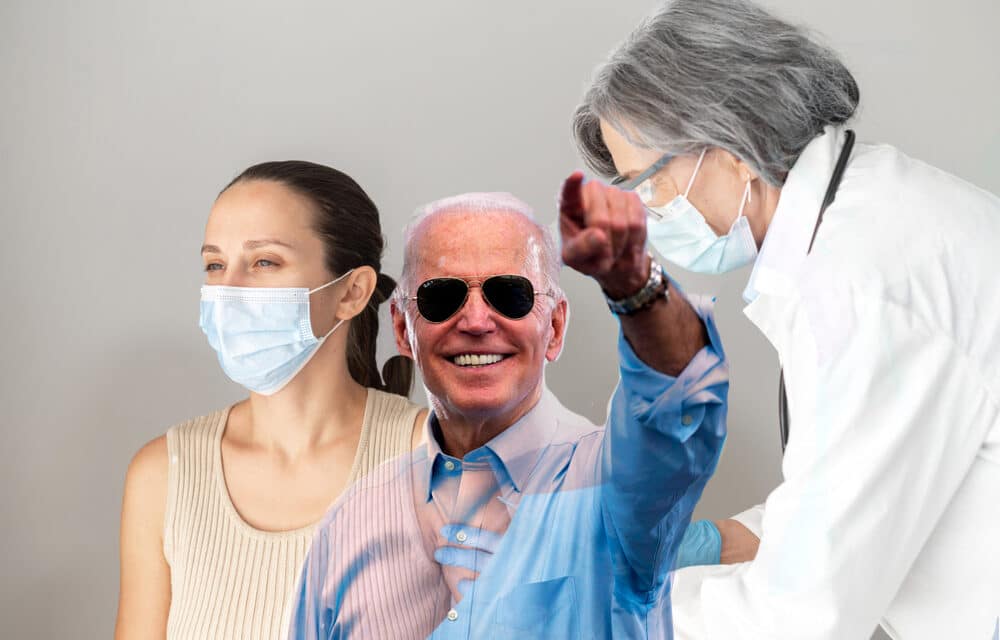 (ETH) – According to a new report from CNN, President Joe Biden will announce on Thursday a requirement that all federal employees and contractors be vaccinated against Covid-19, or be required to submit to regular testing and mitigation requirements, according to a source with direct knowledge of the matter.

The announcement will come in remarks where Biden is also expected to lay out a series of new steps, including incentives, in an attempt to spur new vaccinations as the Delta variant spreads rapidly throughout the country.

It will also follow the decision by the Department of Veterans Affairs to require its frontline health care workers to be vaccinated over the course of the next two months.

Advertisement
Biden alluded to the looming announcement on Tuesday. “That’s under consideration right now,” Biden said, when asked if he would impose a vaccination mandate on federal workers.

While the specifics are still being finalized, the source said, federal workers would be required to attest to their vaccination status or submit to regular testing. The source said the proposal will be roughly similar to what is being implemented in New York City.

According to Bloomberg, Biden stated “There’s only one thing we know for sure: If those other 100 million people got vaccinated, we’d be in a very different world,” Biden said Tuesday. “So get vaccinated. If you haven’t, you’re not nearly as smart as I said you were.”

In a written statement, Biden called the revised CDC guidelines “another step on our journey to defeating this virus.” He said he would follow it when he travels to areas with high rates of infection. Biden also said that on Thursday he would “lay out the next steps” for getting more Americans vaccinated, but did not specify them.