Apocalyptic drought in the Western U.S. is causing unprecedented widespread crop failures on a massive scale 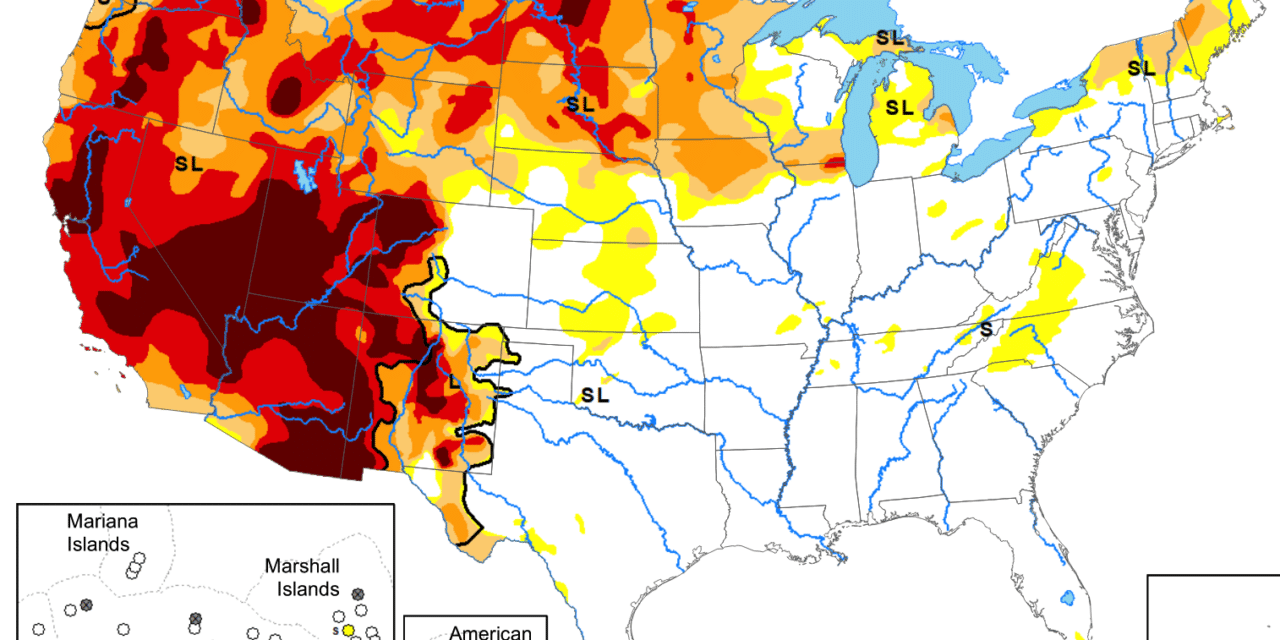 (OPINION) – At a time when food prices are already rising aggressively, agricultural production in the United States is being absolutely devastated by a drought that many are calling “the worst” in American history.

Once again this week, the latest U.S. Drought Monitor map has extremely bad news for us. In all the years that I have been writing, we have never experienced anything like we are experiencing right now.

As I write this article, 100% of the state of California is in a state of drought, and you should care very much about that because California produces about a third of our vegetables and about two-thirds of our fruits and nuts. Of course, it is not just California that is facing an unprecedented nightmare right now. At this point, drought is covering more territory in our western states than we have ever seen before…

Record-high temperatures in the Pacific Northwest and other parts of the West Coast along with prolonged drought in those areas and the Upper Midwest are stressing crops and livestock and raising concerns about irrigation supplies as conditions persist.

The US Drought Monitor as of July 13 showed 100% of all states west of the Rocky Mountains and most of the Upper Midwest region in some level of drought. California, Oregon, Arizona, Idaho, Utah and North Dakota were nearly 100% severe drought or worse (with extreme and exceptional the most severe). Washington, Montana, South Dakota, Minnesota, New Mexico, most of Wyoming and western Colorado all were in moderate or worse drought.

Let that number sink in for a moment. This is a historic disaster of epic proportions, and it is starting to have a dramatic impact on agricultural production. For example, the amount of spring wheat is projected to be 41 percent below the level that we witnessed in 2020…

Other crops are being hit even harder. According to Bloomberg, the U.S. oat crop will be the smallest that we have seen since records began in 1866. That isn’t a typo, and I didn’t mean to say “1966”.

For thousands upon thousands of U.S. farmers, 2021 is going to be an absolutely disastrous year with very little production at all. At one farm in Minnesota, the owner is estimating that he “will not be able to harvest hardly anything” from the 2,500 acres of corn that he planted…

At Schiefelbein Farms, the hayfield should be knee-high by this time of year. Instead, it’s sparse and barely ankle-high. Schiefelbein estimates they have about 75% less hay this year. Out of their 2,500 acres of corn, they will not be able to harvest hardly anything. So what are we going to do if there is not enough food to go around? READ MORE