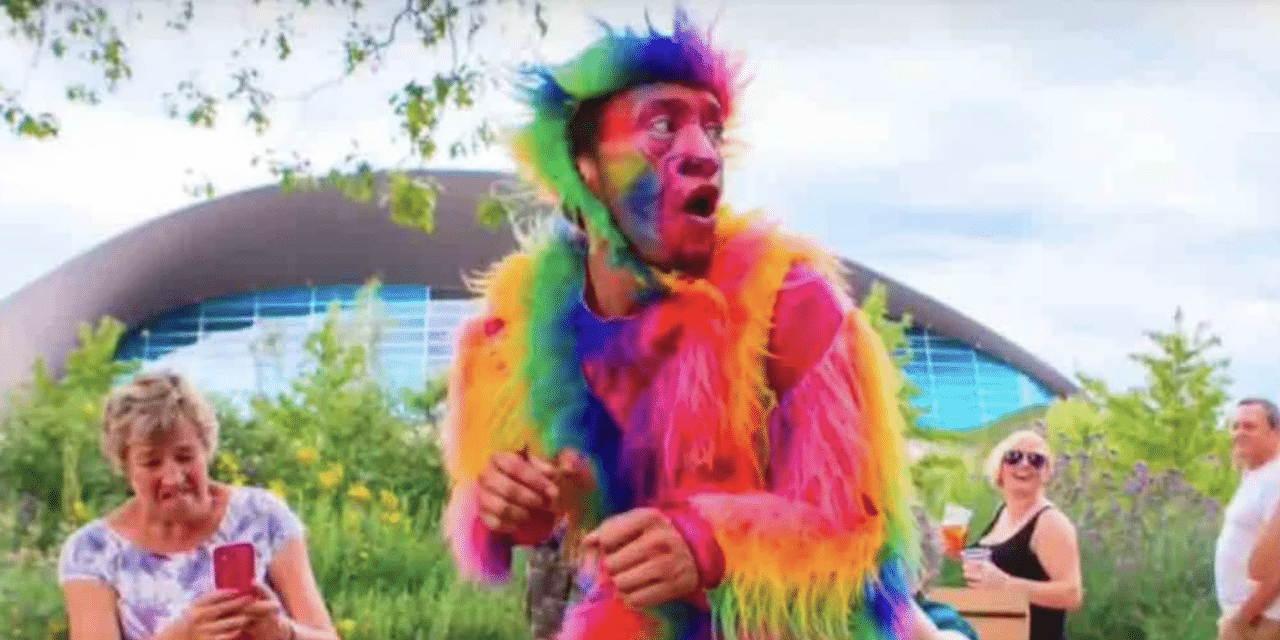 An actor dressed in a rainbow-colored monkey costume outfitted with a fake penis, nipples, and bare bottom appeared at a children’s event at a library in the United Kingdom, after which outrage erupted.

The paper said the monkey costume included a fake penis and bare bottom; the Daily Mail reported that the costume also was adorned with fake nipples. The event was meant to encourage children to read, the Evening Standard added.

Conservative campaigner Has Ahmed tweeted, “Apparently this is meant to encourage kids in Redbridge to pick up reading for summer. Please tell me the rationale behind these indecent costumes that were shown to families and done so publicly.

“During an event put on at the library today there was a performance by a Carnival Arts Company. Unfortunately one of the animal costumes was inappropriate which we were not aware of at the time of booking,” the library tweeted. “We deeply apologize for the offense caused. This is being looked into …” READ MORE